“Krishna is always remembered, and His name is always chanted by millions of devotees, but the devotees never become saturated. Instead of becoming disinterested in thinking of Krishna and in chanting His holy name, the devotees get newer and newer impetus to continue the process. Therefore Krishna is ever-fresh. Not only Krishna Himself, but also Krishna’s knowledge is ever-fresh.” (The Nectar of Devotion, 53)

“So, I hear you’re unhappy at your new job. That’s not very surprising. Who actually likes being told what to do? Maybe some husbands are accustomed to this treatment from their wives, but in general the living spirit prefers freedom, where they get to choose how to act. As they say, it is the yearning of the human spirit to be free, and so the difficult job at the office, with its many deadlines and requirements, clamps down that freedom to some degree.

“The money is not good either, you say? The key, then, is to see what you are getting out of the job. Are you learning new things? Are you expanding your knowledge? You are still young, so you shouldn’t expect to have a stable career from the outset. There’s a reason the veterans in the business world generally make more money. They gather experience. They learned from their previous jobs. They put in the long hours and met their deadlines. They endured the harsh treatment from the boss so that they could get ahead. If you’re learning new things, then perhaps this job isn’t so bad in the short term.”

One of the common criticisms of religion is that it restricts the mind and that it is rooted in fear. “Surrender to God or suffer eternal damnation in hell. Give up acting, the arts, singing, drawing, painting and exploring. Dismiss science as bogus. Just worship God instead.” In actuality, this accusation only applies to organized religion that is still at the neophyte stage. Surely some regulation is required, for when isn’t it? The artist even has to follow austerity and sacrifice in order to succeed. They can’t just get up whenever they want and decide to paint. They have to have some structure. The musician as well must spend significant time in the studio producing their songs. Creating the skeletons for the songs was easy, but then finally producing the songs and perfecting them to be shared with a larger audience is difficult work. 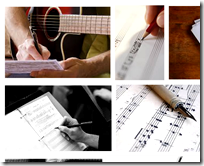 In a bona fide spiritual discipline, the mind explores the horizons and beyond. The mind is not restricted. It is not forced to remain simple. Though the practices may appear to be ordinary and without variety, along the way the consciousness expands through connecting with the origin of matter and spirit. He is the source of everything, so naturally in Him is found all variety. The “formless God” opinion has no validity. In the world around us we can perceive so much variety. This perception is from using our limited senses. Man inherits four defects at the time of birth, with imperfect senses being one of them. In simpler terms, this means that I can’t see or hear everything. I can’t see what’s going on across the globe right now. I can’t see your heart beating inside of your body. Therefore my sense of sight is limited.

With what I am able to perceive, I see plenty of variety. I see the millions of different creatures. I see ponds, lakes, rivers, streams, oceans, mountains, hills, fields, cows, crows, swans, humans, children, the elderly, soldiers, priests, politicians, athletes, periodicals, books, blogs, magazines, fruits, vegetables, grains, parents, grandparents, and the like. There is endless variety. If one is inclined towards purchasing a book to read, there is so much content available that categories are necessary. Within each category there could be thousands of different books, all written by different people.

In the original spiritual consciousness known as bhakti, one understands that all the variety comes from God originally. When lacking the spiritual consciousness, everything is seen as separated from Him. Therefore sometimes there is variety and sometimes not. Sometimes one task is limiting, while another is not. Then the rejection of things that are harmful to the consciousness is mistakenly seen as a way to eliminate variety. It is seen as a way to shield the mind from so many outside things.

Since that endless variety comes from God, it is part of His definition. If He were formless, He would be subordinate to the creation. This creation is considered part of His external energy, which means that it can never be superior to Him. The same variety is there in the internal energy, but the perception of that variety is only available to someone in the pure consciousness. To regain that pure consciousness is the goal of the standardized methods of bhakti-yoga, which is also known as devotional service.

No meat eating, no gambling, no intoxication, and no illicit sex constitutes the most restrictive aspect of bhakti-yoga. This combines with the chanting of the holy names, “Hare Krishna Hare Krishna, Krishna Krishna, Hare Hare, Hare Rama Hare Rama, Rama Rama, Hare Hare,” to fix the consciousness on the Divine. With enough dedication, eventually the endless variety of the spiritual world is revealed.

The list goes on and on, and the new discoveries continue even through the engagement of the senses with the external nature. With the divine eyes, the individual sees God’s influence everywhere, in the process finding new ways to appreciate Him. Everything is always fresh and new in bhakti-yoga, as it is the same with its beneficiary, Shri Krishna.

Religion of rules hard and strict,

Why my imagination to restrict?

Of the neophyte stage this is the view,

Not to know how God always fresh and new.

And take up chanting chore.

Then something new find in every day,