“She saw there a monkey who was humble and beaming like a collection of blossomed Ashoka flowers, who spoke sweet words and had eyes that resembled molten gold.” (Valmiki Ramayana, Sundara Kand, 32.2)

Is it possible to be humble and prominent at the same time? Isn’t that like asking if someone can be tall and short simultaneously? Humility means to keep yourself in a low position, at least mentally. If you are humble you are not looking to outshine anyone else. In the presence of elders and other personalities commanding respect, the humble person does not speak much. Even if they hear things that are incorrect from time to time, in deference to etiquette they remain silent. The more boastful person makes their presence known. They are not shy. Instead of shunning the spotlight, they relish it. From this verse from the Ramayana, we see that it is possible to be both humble and beaming at the same time. Not surprisingly this description suits Shri Hanuman perfectly.

Do you want to be liked? Do you want to be respected? It’s not that hard actually. Just don’t say anything. If you’re at a family get together and everyone is in a room arguing about the latest buzz on the news, just keep quiet. If others ask your opinion, say that you are thinking the matter over. Tell them that you prefer to listen instead. This will get you so much respect, as evidenced by the undecided voters in each election cycle. They are the coveted group, as they are deemed to be above the partisan rancor. They are level-headed; they don’t get swept up by emotion. 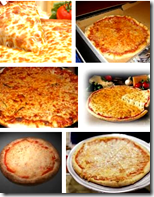 If you voice opinions loudly, you won’t be as popular. Go on television and say that you like pizza. You think that this statement is harmless, but pretty soon you’ll start getting hate mail about how your support of pizza is contributing to the health epidemic in the country. Heart disease and obesity are the results of your public support. If you had stayed quiet you would have been more popular.

But without saying something, how will knowledge properly transfer? If I know that taking drugs is bad, should I not tell my children? If I see my friend headed down the dangerous path of gambling, should I remain silent? My silence in these cases is a tantamount endorsement. In order to stay popular, I kept my mouth shut, but if everyone did that then no one would ever learn anything.

This verse from the Ramayana says that one person in particular is both humble and prominent. He is humble because he does not think so much of himself. This isn’t low self-esteem. He is knowledgeable of the soul and its place in the vast material nature. Though spirit is superior to dull matter, in the larger scheme the nature which controls that matter is much more powerful than the individual spirit. If this weren’t the case, we would never be forced to sleep. We would never get injured from playing sports. We would never get nervous before delivering a speech. More importantly, we would never die if we didn’t want to.

Hanuman’s knowledge extends beyond the difference between matter and spirit. He knows that there is a supreme spirit, an individual who guides everything, either indirectly or directly. The material nature is His work of the indirect kind, and in His personal form of Rama He carries a direct influence. That influence led Hanuman to the city of Lanka to look for Rama’s wife Sita. Hanuman had a lot to be proud over, personal successes of the likes never before seen and never since matched. Yet he remained humble because he knew that Rama was the source of his strength. In his mind, Hanuman thought that he could have done a lot more.

When Sita saw Hanuman he was beaming like a collection of fully blossomed Ashoka flowers. This means that the nature took care of shining the spotlight on Hanuman. He did not beat his chest. He did not insist that Sita look at him with awe and reverence. He did not disturb others intentionally so that they would look at him. And yet he beamed anyway. Sita was in a garden of Ashoka trees at the time, and so in his desire to not startle her and remain undiscovered by the fiends living there, Hanuman hid himself in this tree.

He spoke sweet words. This was his way of getting Sita’s attention. When she looked at him, she saw that he was beaming. The flowers from the Ashoka tree created this effect. Hanuman did not have to try for prominence. His words were sweet because they were about Rama, Sita’s husband. Though they were spoken only in that isolated circumstance, those words have carried forward thousands of years into the future. The flowers in that tree made Hanuman beam to the eyes of Sita, and the documented history that is the Ramayana has carried the light of Hanuman to the present day.

This shows that the only way to be humble and prominent at the same time is to follow devotional service, bhakti-yoga. The person who loves God and serves Him with thoughts, words and deeds is automatically humble. This is because through their service, given to them by the authorized representative of the same Rama, they understand their true position. In their selfless service they please the Lord so much that there is automatic prominence associated with them. They shine forth just like Hanuman, who is so dear to Sita and Rama.

A contradiction to seem,

To be humble and with prominence beam.

In humility to consider oneself low,

The boastful of their qualities to show.

Thus Hanuman having much to be proud.