“Tulsidas understands that all his shortcomings are due to himself and all his good qualities due to Rama. By knowing this even in Kali Yuga good things will easily happen for you and you will be fearless in this world.” (Dohavali, 77)

In this verse Goswami Tulsidas attributes his shortcomings to himself. Who else would be responsible? Can we blame others for the crimes we commit? We can try, but it is a difficult sell. The reason is that so many others are in similar situations but don’t resort to criminal behavior. The realization from the poet is profound due to the accompanying admission that everything good within him is due to the Supreme Lord. Knowledge of God the person satisfies the need for any other kind of knowledge.

There are so many shortcomings we can review, but the Vedas have kindly put them into four categories for our convenience. The shortcomings are also known as defects. Man has a tendency to cheat. If I’m playing a game, I study the habits of my opponents. In professional sports, this is now aided by reviewing video of previous matches. The things I discover I don’t share with anyone outside of the team. This is the nature of competition, after all. I get credit for victory, but a lot of it is due to cheating. The advantages taken may not be considered to be in violation of the rules, but there is some dishonesty nonetheless. 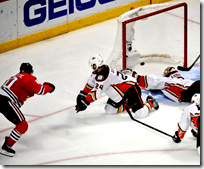 Man commits mistakes. This is described in the phrase, “To err is human.” You can have the most sophisticated software system in the world, that runs perfectly for decades, but one day something goes wrong. An investigation finds the cause to be a coding error, also known as a bug. The bug exists due to a defect in the human being who wrote the program. Many such errors arise in the difficult journey through life.

Man is easily illusioned. With software applications used for writing posts to be published online, there is something called “what you see is what you get,” turned into the acronym WYSIWYG. These applications are preferred since you can see what the post will look like as you are composing and editing. There is no need for the extra step of publishing a draft. In our journey through life, what we see isn’t always what we get. The perfect embodiment of this truth is the interaction with the opposite sex. It looks like the beautiful partner will bring so much enjoyment, but there is so much difficulty involved as well. In the Bhagavad-gita, Shri Krishna says that this lust is the all-devouring enemy of the world.

“The Blessed Lord said: It is lust only, Arjuna, which is born of contact with the material modes of passion and later transformed into wrath, and which is the all-devouring, sinful enemy of this world.” (Bhagavad-gita, 3.37)

All four defects work in concert. Imperfect senses substantiate the illusion. Because of illusion, it’s easier for me to cheat, as I don’t think there will be negative consequences. My cheating is itself a mistake, and from mistakes in judgment I do bad things. Yet all of this is due to only one thing: forgetfulness of God.

Tulsidas realizes that the human being does have good qualities. This is inherent in the existence itself. The imperishable animating force within the body is the spirit soul. The soul is free from the defects mentioned above. It is eternal, blissful and knowledgeable. Why are there defects, then? Why is there trouble?

The soul gets placed in a body full of defects when it forgets God. Still, the door for redemption is always open. Tulsidas says that one should know that their goodness comes from Rama, who is the personal God. Rama is not a Hindu deity or an ordinary human being who was later assigned divine status. He is God showing His transcendental features to the spirit souls suffering from the four defects due to their association with the material energy. For Rama there is no difference between matter and spirit. Since He is without defects, He is also known as Achyuta.

By knowing that all good qualities in the individual come from Rama and that all bad things are due to the decision to turn away from love and devotion to Him, a person can find success even in Kali Yuga. This is the Sanskrit name for the present age, where the four defects are strongest in their power over the individual. Illusion grows by the day, and so man commits even more mistakes, not seeing things as they are.

Good things will happen and there will be no fear. This is because Rama slashes away doubts through the weapon of knowledge. His goodness carries the individual through difficult times, preserving what they have. The person who knows that everything good is due to Rama will serve Him with thought, word and deed. They may continue to commit mistakes, but they are excused since they are not done intentionally. Rama is the supreme purifier, bringing His beaming light capable of dissipating even the thick darkness of Kali.

With darkness of Kali nothing seen,

Still Rama’s light through it to beam.

Due to one thing inside to know,

That bad qualities from forgetting God so.

Knowledge that all goodness in Supreme residing,

Then fearless since over welfare Rama presiding.