“There are certain prescribed methods for employing our senses and mind in such a way that our dormant consciousness for loving Krishna will be invoked, as much as the child, with a little practice, can begin to walk. One who has no basic walking capacity cannot walk by practice. Similarly, Krishna consciousness cannot be aroused simply by practice. Actually there is no such practice. When we wish to develop our innate capacity for devotional service there are certain processes which, by our accepting and executing them, will cause that dormant capacity to be invoked. Such practice is called sadhana-bhakti.” (The Nectar Of Devotion, Ch 2)

Friend1: I’ve heard it said that Krishna consciousness is within each of us.

Friend2: Yes. Lying dormant at present; at least for most people.

Friend1: And that bhakti-yoga, particularly the regulative principles and practices, helps to arouse that which is dormant.

Friend2: Sadhana-bhakti. Following in a regulated way, like chanting the holy names: Hare Krishna Hare Krishna, Krishna Krishna, Hare Hare, Hare Rama Hare Rama, Rama Rama, Hare Hare. I like the comparison to going to the gym. You make a routine out of it. Eventually, you’ll get the end result, but in the beginning you may not like having to be robotic in that way.

Friend1: I understand the concept, but what would you say to the opposition?

Friend2: Who? The atheists?

Friend1: You don’t have to go that far. What if someone says that Islam is dormant within all of us? What about Christianity? Why the focus on Krishna consciousness?

Friend2: Krishna is God. Bhagavan is the Supreme Personality of Godhead. There is no intent of exclusivity here. When we say Krishna, we say the name for God that means He is all-attractive. If the opposition, as you refer to them, is also genuinely God conscious then obviously the principle extends. Krishna consciousness is not a limited definition. Since the nature is dormant within everyone, the term applies to every person, even those who are supposedly against God or don’t believe in Him.

Friend1: Okay, so let’s focus on that group, then. They would ask for proof.

Friend1: That Krishna consciousness is dormant within us.

Friend2: Oh, that’s easy. I get evidence every day when I see children looking at altars. They see a picture of Krishna, Rama, or Vishnu and know something is different. It’s not some cartoon. It’s something to be revered, respected, treated differently, or what have you.

Friend1: I have noticed that, too.

Friend2: It’s because of the God consciousness lying within them. Even the atheists in adulthood have a reaction, though of a different nature. They are against God, so when they see such images it makes them angry. The fact that a simple image elicits such a response proves that something unique is there.

Friend2: Another good comparison is to walking and talking.

Friend2: Well, we know that if children are trained in a certain way, they will learn to walk and talk. This is in most cases.

Friend1: Yes, obviously. It’s part of what is referred to as growing up.

Friend2: We know these things from past experience. But think about it, can the dog learn how to talk?

Friend1: They are simply not able to. 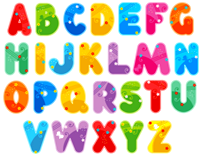 Friend2: What if we give them the same training? Teach them the alphabet. Talk to them the same way we do the children we’re trying to get to talk.

Friend1: No luck there, pal. The dog simply can’t talk; will never happen.

Friend2: They lack the capacity. In the same way, a person can’t just come to Krishna consciousness through training. The capacity has to be there to begin with. We know the capacity exists when we see people practicing in full ecstasy, which is known as bhava. They are past the sadhana stage. Every person has this potential, but they need the proper training, which comes from the bona fide spiritual master. Without the capacity there would be no place to go. We wouldn’t even be having this discussion.

Friend1: Oh, so that’s how we know Krishna consciousness is dormant within us; because of the success of others?

Friend2: Remember, that capacity is known as dharma, which is the essential characteristic. The dharma of the individual is to serve, so there is proof of that capacity in everyone already. Look around and you will find that each person is offering some kind of service. Krishna consciousness is merely the pure version of that service, leading to the best kind of consciousness.

And with training to talk.

Try with dog the same,

Never to say even its name.

So when Krishna consciousness to see,

Know that previously within to be.