“Once the Bakasura demon assumed the shape of a very big duck and opened his mouth in order to swallow Krishna and all the cowherd boys. When Krishna was entering into the demon’s mouth, Balarama and the other cowherd boys almost fainted and appeared as though they had no life. Even if they are illusioned by some ghastly scene or by any accidental occurrence, devotees never forget Krishna. Even in the greatest danger they can remember Krishna.” (The Nectar of Devotion, Ch 30)

The aim is to remember Krishna. Be conscious of Him. He is the Supreme Personality of Godhead, the Divine beyond the abstract. More than the product of a theoretical exercise, more than someone to latch onto out of blind faith, He is the complete manifestation of the sum total of all energies. In fact, He is the source of both material and spiritual worlds.

Those worlds are merely collections of space. To create them certainly requires great skill and effort, but that is only the beginning. There has to be subsequent maintenance; everything has to run smoothly and predictably. Then there is the inevitable time of destruction, where essentially a reset button gets hit.

Krishna is responsible for all of this, and He is not affected by the work. The output is so effortless that Krishna simply lies down in rest the entire time. When He breathes out as Vishnu everything manifests. The next inhalation is when everything returns to Him.

Devotees try to remember Krishna, and if they are sincere it soon becomes impossible to forget Him. This comes in handy when difficulty arises, and in a material existence difficulty is not a rare occurrence.

1. When illusioned by some ghastly scene

The example provided in the Nectar of Devotion is the incident with the Bakasura demon in Vrindavana. The bad character took the shape of a large duck. The purpose was to trick the innocent people. Swallow them and kill them. The protector of the cows and the senses, Gopala, entered the demon’s mouth.

The friends and well-wishers looking on became illusioned. They worried what might happen to Krishna, despite witnessing His ability to escape death so many times in the past. This was a moment of great difficulty, but Krishna was still remembered. Of course the Supreme Lord could not be defeated by a fake duck, just as the false philosophies of impersonalism and atheism are squashed by the brave acharyas surrendered to the Lord’s lotus feet.

2. When illusioned by an accidental occurrence

There is predictability in nature to the point that scientific laws get created. The different departments of science simply describe what already exists; they do not create any of the amazing intelligence that the inhabitants of the world rely upon.

Even with such predictability there is uncertainty. Death is guaranteed, but no one knows for sure when it will arrive for them. There are the three sources of misery, and they can strike at any moment. It can be sunny and warm for a few days in a row in winter when suddenly a massive snowstorm hits. 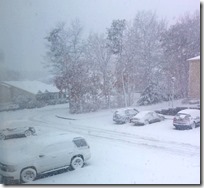 In this regard there are occurrences known as accidents. Unexpectedly, there is a tragic turn of events. It is easy to get illusioned because there were so many days of certainty prior. Why now did something bad have to happen? Were the victims chosen randomly or intentionally? Who did the choosing? Was there something the victims could have done to escape harm’s way?

In such illusion devotees still remember Krishna. They realize the grace of God in the great fortune of safe living experienced thus far. They remember the force known as karma and how it does not discriminate. If they are in great fear about the future, they hang on to Krishna as their lifeline, the person who will help them get through the difficulty.

Just as entering the world can be quite difficult, with the trauma of delivering a baby, exiting the world is no picnic. The miseries of old age and disease combine to diminish the abilities of the temporary body to the point that the individual soul has to eventually leave.

Devotees remember Krishna during this most difficult time. As the life breath starts to choke up, in the greatest distress the person who was remembered previously gets remembered again. From the Bhagavad-gita we learn that the consciousness while quitting the body determines the nature of the next birth. Krishna consciousness pays its highest dividend here, as even while in fear or illusion the devotee is able to escape having to go through the same experience. Their Krishna consciousness takes them to the spiritual world.

Or suddenly put in fear.

Or from illusion deceived,

That in future can’t believe.

Devotees remembering the one,

Who against Mathura’s demons won.

Krishna for friends the shelter.

Like Loading...
‹ Three Difficulties People Not Born Into Vedic Culture Face In Bhakti-Yoga
When You Love Someone Do You Have To Necessarily Let Everyone Know ›