Four Issues In Modern Communication Absent In The Relationship With God

“The Supersoul, the Supreme Personality of Godhead, seated beside the individual soul, is the witness of the individual soul’s activities and is the source of consciousness. The Supersoul gives the jiva an opportunity to act freely, and He witnesses his activities. The functions of all these different manifestations of the Supreme Lord automatically become clarified for the pure Krishna conscious devotee engaged in transcendental service of the Lord.” (Shrila Prabhupada, Bhagavad-gita, 8.4 Purport)

Is there a chance they can get it wrong? You know, mess up in the assessment. There is the idea of a judgment day, where a person of authority makes the determination of where the soul ends up next. They read through the list of both pious and sinful deeds.

Is there a chance they miss something? If God Himself is the arbiter, does He ever get it wrong? Was it possible that He didn’t notice that time we saved women and children from a burning building? Might He have not been paying attention when we turned the other cheek and thereby avoided an argument?

The Vedas describe one feature of the Almighty to be Supersoul. This is the English translation to the Sanskrit word Paramatma. The prefix is added to distinguish from regular atma. Regular here refers to common or in high availability. Every living thing is atma, and since there are too many living things around us to count, the sighting of atma is a regular occurrence.

Though commonly found, there is nothing ordinary about atma. It is amazing since it can last through the changes of time. It is practically infinitesimal in size, and it powers both the large elephant and the tiny ant. Atma is the spirit soul, and it cannot be killed. Nor does it ever take birth. Those changes are attributed to the body only.

Paramatma is like atma, but also different in significant ways. It is a singular identity. Whereas the influence of the individual atma is limited to the local sphere, Paramatma is everywhere. And it is the same person or identity; it is not like God divides to function in this feature.

Paramatma is also known as the all-pervading witness. This means that all calls to Him are heard. He sees everything, regardless. The link with Him is known as yoga, and the flaws often found in modern communication do not exist.

There is a hot story. It is breaking news. The author has uncovered further corruption from the former Secretary of State of the country. That person in high power colluded with both foreign entities and domestic investigatory agencies to try to defeat a political rival in an election. 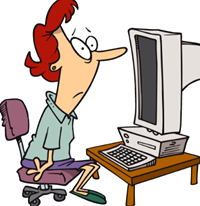 When the story breaks, the website hosting might have issues. People navigate to the site only to keep waiting. The page doesn’t load. The issue here is bandwidth. The server can only accept so many requests. It is something like a computer being weighed down by too many concurrent operations.

You go to access your online brokerage account, only to get an error message prior to the login page. It says that there is scheduled maintenance being applied to the system. Granted, it is typically during off-hours, like in the early morning, but that doesn’t concern you at the moment. You want to check your account. You want to log in.

The maintenance is necessary to keep the site running. Otherwise, something could go wrong during a period of heavy traffic. Worse, there might be a bug that has a chain reaction, negatively affecting thousands of people. Better to take the system down for a while, fix any issues, and then resume operations.

Applications and websites do not build themselves. It is not like some random collision occurs to generate such complexity. Intelligence is required for the output containing intelligence. This is only common sense.

At the same time, the human mind is flawed. People make mistakes. That is the way of life. In the communication with a website or application, there is a chance of a bug coming up. It could be minor, like the restaurant not allowing you to remove sauce from the pizza you’re ordering. Or it could be serious, like the company charging your credit card three and four times with every order.

Some people are afraid to conduct any type of commerce online, citing security concerns. If they are typing in their personal information on a website, who is to guarantee that everything is secure? The communication channel could get hacked, sending important data to thieves and cybercriminals.

Yet even without ever touching the internet a person’s information can get stolen. The bank, for instance, will store all customer information on a server. If that server has vulnerabilities, places where it is open to outside communication, there is always the chance of a breach. Massive amounts of customer data can be stolen, even if the customer only visited physical locations.

These vulnerabilities are absent in the relationship with God. Paramatma has no bandwidth issues, as He has witnessed everything that has ever occurred since before anyone can remember. He is the perfect person, so there are no flaws. This is one reason He is known as Achyuta.

Others can try to cheat Him, but He will always outsmart them. That is one reason materialists generally don’t approach Vishnu, who is the personal God, to satisfy their desires. They know that Vishnu might not agree to their requests; He is not obligated to do anything. 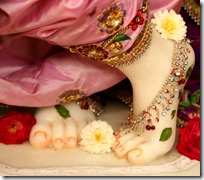 The link to the Almighty is always on, meaning that at any time the connection in yoga can be reestablished. It may take many lifetimes to purify the consciousness, or it can happen in a second through the sound of the holy names: Hare Krishna Hare Krishna, Krishna Krishna, Hare Hare, Hare Rama Hare Rama, Rama Rama, Hare Hare.

No way to guarantee for sure,

Perhaps from hackers a breach,

But still lacking in one of supreme ability.

In Supersoul feature everyone to hear,

Inside individual, close and near.