A Tale Of Two Fortunes

“Whether in a greatly expanding opulence or a most miserable distress, invincible time drags a person, as if they were bound by ropes.” (Sita Devi, Valmiki Ramayana, Sundara Kand, 37.3)

The tale of the first person is that they are doing okay in life. Making an honest living, not bothering anyone, they are neither rich nor poor. Suddenly, things start to change. They meet a beautiful person who is willing to spend the rest of their life with them. Soon children follow, and the living conditions improve. Previously, there was a studio apartment, with a refrigerator that remained mostly empty. Now there is a home, filled with love and joy.

The opulence doesn’t remain fixed. Rather, it keeps increasing. Certain investments start to pay off, in a big way. Moving on up to a bigger home. The couple is beyond happy, as the biggest issues moving forward relate to hosting dinner parties and renovating rooms that are already spectacular in appearance. It looks like the experience through life will only continue to get better. 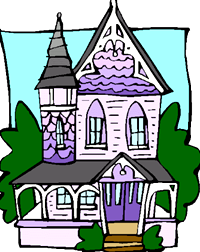 The tale of the second person is different. They reach a decent position in life, where they are satisfied. Spouse, children, home, and job are steady. Then things decline, and rapidly so. Drug and alcohol addiction. Irresponsibility in making payments. Massive credit card debt. The spouse decides to divorce, finding another love interest. Due to the person’s pitiable situation, custody of children is granted to the spouse.

The job is soon lost, and therefore no ability to pay for food, clothing and shelter. The streets are the only resort, and in the winter that place can be terribly cold. One disease after another attacks. Just when the person thinks they have reached rock bottom, something else goes wrong.

As Sita Devi describes in the Ramayana, the situation in the background is actually the same for both people. That is to say there is a destination to be reached that will be identical. It does not matter whether your skin is white or tan, whether you are rich or poor, whether you are an adult or a child – there is a force dragging the person along.

By the way, there is no way to stop this force. The pulling occurs as if the person, purusha, is bound by ropes. The force is described as invincible time, krita anta. A similar word is death. Time and death are synonymous and they are both representations of the Supreme Personality of Godhead.

“The Blessed Lord said: Time I am, destroyer of the worlds, and I have come to engage all people. With the exception of you [the Pandavas], all the soldiers here on both sides will be slain.” (Lord Krishna, Bhagavad-gita, 11.32)

Rather a bleak picture. Why be such a downer? Why bum people out? Shouldn’t life be enjoyed? Just because I am going to die one day, does it mean I shouldn’t live right now?

The truth is presented to give a sobering view of the future. It is another way to put the present into the proper perspective, as well. At the time of uttering these words, both Sita and her husband were in great distress, but in different ways. She was held captive in a city of man-eating ogres, and Rama was always wondering where she was, if she was okay, and if He would see her again.

Meanwhile, the leader of Lanka seemed to be in ever-increasing opulence. Beautiful queens living in the palace, the entire world afraid of him, an endless supply of meat and wine to consume – what could possibly be missing? 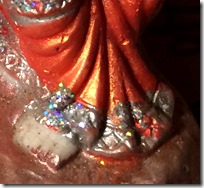 The difference here was that Ravana was ignorant of the force known as death pulling him. He put to the back of his mind the idea that everything would come crashing down. Not only was Sita aware, but her husband was that very time Himself. He would soon arrive in Lanka to prove her statement to be true.

One in opulence, the other lagging,

But both time’s victim dragging.

To the same destination to reach,

Fate of living entity each.

Since world temporary so,

Into ether someday to go.

Better the righteous side to choose,

King of Lanka soon all to lose.