Home › conversations › Is It Alright To Homeschool

Is It Alright To Homeschool

“The proof of Prahlada’s natural devotion is that even when he was a small child he did not play with his playmates, but was always eager to preach the glories of the Lord. Instead of joining in their sportive acrobatic feats, he remained as an inactive child because he was always in trance, meditating on Krishna. As such, there was no possibility of his being touched by the external world.” (The Nectar of Devotion, Ch 38)

Friend1: A little off-topic today, but what is your opinion of homeschooling?

Friend2: Real quick, what would be considered “on-topic”?

Friend2: You mean reawaken. Everyone has love for God the person in the heart. At present that love is likely in a dormant state. Just give people a nudge, such as through chanting the holy names: Hare Krishna Hare Krishna, Krishna Krishna, Hare Hare, Hare Rama Hare Rama, Rama Rama, Hare Hare.

Friend1: Right, so I was just soliciting an opinion on the preferred method of schooling in the modern day. In a case where the gurukula, the school of the spiritual master, is not available, what should a parent do?

Friend2: To be clear, in this hypothetical case the parents want to free their dependents from the cycle of birth and death, which is the actual duty of any leader responsible for the wellbeing of others?

Friend1: Yes. Sorry, I should have mentioned that at the beginning.

Friend2: Then this is most certainly on-topic. You’re asking how to a handle a specific issue of devotional life, namely parents educating their children. 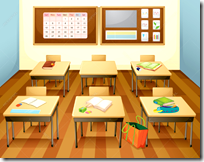 Friend1: I know that homeschooling is an option growing in popularity. If one or both parents can do it, they tend to rave about the benefits.

Friend2: I’ve heard it said that there is no typical homeschool. That is to say even if both parents work outside the home fulltime, there is a way to provide a home-based curriculum that the children can follow.

Friend1: That is one side of things. The other is the criticism that follows.

Friend1: Could be within the family, even. They will say such things like, “You will ruin the social lives of the children. They have to get out there and interact with others. It’s part of growing up. You see these weird kids on television that win the national spelling bee. They’re almost always homeschooled and you can tell there is something wrong with them.”

Friend2: You also have the religious angle. People don’t like that. Forcing the children to believe a certain way, without giving them other options.

Friend1: So many criticisms, really. I know the rational person would point to the troubles in the traditional schools. You can cherry-pick any bad character here and there and exploit the problem to tarnish the institution as a whole.

Friend2: Absolutely. I’m sure you’ve met adults who were homeschooled and they are absolutely fine in social settings.

Friend1: That is the counterargument. The homeschool parents say that their children socialize all the time. They say that it’s good socialization, and that the children generally have much more respect for elders.

Friend1: What is the solution? Is that socialization necessary? Should children tough it out in school, to learn life lessons?

Friend2: There is the example of Prahlada Maharaja. He was forced to go to the school run by the state, namely that in the kingdom ruled by his father, Hiranyakashipu.

Friend1: I’m assuming there was no bullying then.

Friend2: It came from the father later on. The children were fine. The teachers taught traditional subjects. As Prahlada was the son of a king, he received instruction on the ways of diplomacy and how to influence foreign powers, both friendly and hostile.

Friend1: But there wasn’t much interest, right?

Friend2: None. He would use recess as an opportunity to teach his classmates about bhakti-yoga, which he learned while in the womb. He would reveal to them the futility of trying to advance materially. The teachers and the father did not like this.

Friend1: What about socialization?

Friend2: It is said that Prahlada basically kept to himself. He did not take part in sports. Today he would be considered inactive. He was always absorbed in thoughts of the Supreme Lord. He was meditating long before it was cool to.

Friend1: In a sense he was homeschooled.

Friend2: Before taking birth. That’s how powerful the devotional culture is. Even a little exposure, whenever convenient and safe, makes a huge difference. In this case Narada Muni taught without Hiranyakashipu’s knowledge. Who would believe that talking to a womb would really make a difference, anyway?

Friend2: But it did. To answer your question, if there is a devotional culture created, whether at a traditional school or at home, then there is every opportunity for the dependent to grow up to be conscious of God and remain so until the time of death. The straightforward way to solve problems that arise is to list the different choices and assess based on which will have the greatest impact on the consciousness; a positive impact. If going to school and teaching bhakti-yoga at home works, then it is possible that the child will stay clear of material life, even while living within it. To create that culture, the chanting of the holy names is most effective, as the sound generated is not ordinary.

But risk in socializing they say.

Is not that interaction needed?

But just see how Prahlada proceeded.

Of sporting activities not partaking,

Rather to meditation focus sent,

Time in thoughts of Hari spent.

Like Loading...
‹ Two Things Parikshit Was Without Towards The End Of Life
Krishna Showing That Cute Face ›