Home › the three › Three Ways Yudhishthira Was A Saintly King

“Maharaja Yudhishthira was the ideal and celebrated pious King of the world, and still he was greatly afraid after the execution of the Battle of Kurukshetra because of the mass killing in the fight, all of which was done only to install him on the throne. He therefore took all the responsibility for sins committed in the warfare, and to get rid of all these sins, he wanted to perform three sacrifices in which horses are offered at the altar.” (Shrila Prabhupada, Shrimad Bhagavatam, 1.12.34 Purport)

The famous paintings depicting scenes from the Bhagavad-gita show a confused, but capable warrior speaking with an authority figure on all matters of life, including the spiritual side. Question and answer, back and forth, with visual aids included, the transcript of the conversation turns into a Sanskrit work for the ages. In fact, the core teachings predate the population of earth.

The disciple in this case is Arjuna, one of the five Pandava brothers, who are the central characters to the historical work of epic length known as the Mahabharata. Arjuna is not the eldest, but he is considered the best fighter. Ability on the battlefield is a requirement in the situation, as two parties of considerable size are on the precipice of war.

The eldest of the Pandavas is of a saintly character. Though also a warrior in the upcoming battle, Yudhishthira played an additional role of ruler. Born of the god of justice, Dharmaraja, his saintly nature was not a matter of formality due to family lineage; there was supporting evidence through behavior.

1. He had a flawless character

Not someone who set up an illegal private email server in order to conduct personal and government business without any oversight from the proper authority figures. Not someone who accepted bribes from foreign governments funneled into a charitable organization, which was nothing more than a front for collecting donations for the purpose of influencing public policy. 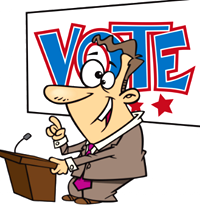 Yudhishthira’s character was known to be flawless. Others could cheat him in this way, exploiting the behavior for their own benefit, but that did not change the ways of the eldest Pandava brother. This character was ideal for others to follow. Within the family the eldest brother is known as agraja, which means the one who others follow and take the example from. Within society, as the king Yudhishthira gave the best example for the common man to follow.

“Whatever action is performed by a great man, common men follow in his footsteps. And whatever standards he sets by exemplary acts, all the world pursues.” (Lord Krishna, Bhagavad-gita, 3.21)

Satyam, truthfulness, is considered a virtuous quality. That is to say the saintly class tends to side with honesty in most cases. This makes sense, because one of the hallmarks of criminals is telling lies. The burglar does not give warning before entering a building illegally. The aggressor using violence does not tell their victims what will happen going forward. The cheater does not like it if others behaved dishonestly with them, but they have no problem using deception to achieve their ends.

Yudhishthira was so committed to the truth that others could take advantage. The rival cousins, headed by Duryodhana, unjustly usurped the land that belonged to Yudhishthira and his brothers. The area was enough to give control over the entire world. Yudhishthira did nothing at first. He was too honest with himself to take violence that might be considered sinful.

In one famous incident Yudhishthira told a lie at the urging of Shri Krishna, the Supreme Personality of Godhead. It was a sort of masked statement, one that could be understood in different ways. Though most often considered a blemish on his record of pure truthfulness, the behavior actually solidified his position. This is because Krishna is the Absolute Truth, and following His word never goes against dharma.

It is one thing to be honest in personal dealings and to exhibit a good character yourself; Yudhishthira had the additional responsibility of leading others. In this role he had to uphold dharma in society. This is not easy, considering the tendency towards adharma due to the influence of kama, or material desire. Yudhishthira fulfilled this critical duty in many ways, including conducting massive yajnas, or sacrifices, for purification of both the leadership and the kingdom at large.

Most of all, Yudhishthira is considered saintly because he follows the Supreme Lord. He is a rajarshi, or ruler with the qualities of a rishi, which is a holy man. His exemplary character is described in detail in works like the Mahabharata and Shrimad Bhagavatam, which have been kindly passed down through the ages for the benefit of man, to help them escape the cycle of birth and death.

But not just in title pretending.

Saintly in many ways to be,

Example for society to see.

And then dharma’s principles upheld.

Reason though most of all,

That Krishna the guide to call.