Friend1: I know that mental speculation is frowned upon.

Friend1: The acharyas. The exalted teachers appearing within the disciplic succession, parampara.

Friend1: Use the mind, the gift from nature, but don’t speculate.

Friend2: It is often listed next to the restriction on gambling. The idea is to not let your imagination run wild with respect to the questions of existence and the universe. The reason being that those issues are already resolved. There is authority to consult for proper answers.

Friend1: I understand, but you can’t avoid running into challenges to the Vedic way of living. These counterarguments are majority mental-speculation based.

Friend1: One of them says that the human birth is something like the heavenly reward. 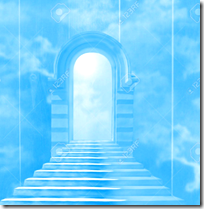 Friend2: I’m not sure I’ve heard that one before.

Friend1: It’s an associate of the “life is meant to enjoy” speculation. Basically, don’t worry too much about heaven. No need to contemplate that kind of life in the future. You are living right now. God gave you this chance, of which there is only one.

Friend1: Stick with me here. This one life in the human body. Enjoy to the fullest. Don’t be an atheist, mind you. Lend passive support to the concept of a Deity, but it doesn’t have to be your entire focus. Remain within certain boundaries, but the overall spirit should be enjoyment.

Friend2: I mean, who can argue with that?

Friend1: Hold on. Juxtapose that philosophy with the idea that man should break free of material attachment, that this world is full of illusion, maya.

Friend2: You already have evidence. This mental speculation you mentioned is entirely rooted in maya.

Friend1: Before we get to that side of things, what do you say about this idea of the human birth being heavenly? Why not view this current existence as the reward for past pious behavior?

Friend2: The argument would hold more weight if everyone were happy. If there were world peace and harmony between the different communities, then I could agree. I must say that the objective assessment strongly leans towards the other side.

Friend1: What is that?

Friend2: Everyone is miserable. That is why use of intoxicants is so high, no pun intended. One of the leading issues in America is legalizing recreational usage of marijuana. Apparently there is a shortage of intoxicants, so new ones need to be tried and made legal in the process.

Friend1: Just stop it. I know you are being facetious. Aren’t drinking and smoking part of the enjoyment aspect?

Friend2: I don’t think so. If this were really heaven, you wouldn’t need intoxicants. You would be fine with the reality. You would not need to escape to another dimension. You are missing the most obvious flaw in the argument.

Friend2: Yes. If this were the heavenly reward, you would never have to leave. The Vedas even say that what we typically equate with heaven is actually part of the material world, also. That place has its own intoxicating beverage, soma-rasa. The length of stay is quite longer in comparison, but there is the forced exit at some point in time.

“When they have thus enjoyed heavenly sense pleasure, they return to this mortal planet again. Thus, through the Vedic principles, they achieve only flickering happiness.” (Lord Krishna, Bhagavad-gita, 9.21)

Friend2: People are so miserable in this earthly realm that they feel compelled to kill children in the womb. They slaughter innocent cows by the millions. So many great gifts from nature, to further the living condition, and people toss them aside as worthless. How can that ever be compared to real heaven?

Friend2: Yes, the human birth is the most auspicious, but only because of the potential. You have to act on it in order to experience a higher way of living. You can turn the illusion into reality prior to leaving, also. 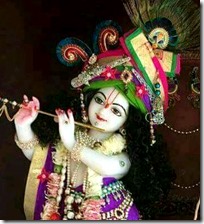 Another speculation at play,

That enjoyment the way.

So priority concern of immediate first.

But everyone now miserable so,

Means that to higher place can go.

The potential for God-way living,