Five Cases Where We May Ask Where Was God

“Having heard all these words said to Me, I promised to give full protection to the rishis of Dandaka-aranya, O daughter of Janaka.” (Valmiki Ramayana, Aranya-kanda, 10.16)

The aim of the human existence is to connect with God. The process is known as yoga, and as Shri Krishna recommends in the Bhagavad-gita, always be a yogi.

Don’t get bogged down by the ups and downs of life. Don’t let the illusion created by maya bewilder you into sadness, hopelessness or despair. Realize that there is a reality to the temporary, ever-changing situation.

This is at the foundation of the teachings from the Vedanta school, which often goes by the term “Hinduism” in common conversation. It is much more than another faith to be put into the basket, as evidenced by the explanations during instances where a person may doubt the existence of an Almighty figure.

1. After a mass shooting

“What a terrible tragedy. People were at the store, shopping as usual. That should be a safe place. Sure, you get upset if you can’t find the particular item you want. Maneuvering through the crowds is no picnic, but generally everyone keeps their cool.

“Then this mass shooting takes place. I can’t believe it. Why does this keep happening nowadays? What is wrong with people? We try to blame the guns, the leaders, the videogames, the television programming and so forth, but everything was similar twenty and thirty years ago. Yet there weren’t these frequent attacks.”

2. After a natural disaster

“Really goes to show you that no one is safe in this world. You can be in the best place, with a steady and secure source of income, everyone living happily in the community, and then the worst occurs. A tsunami. An earthquake. A ridiculous heat-wave. So much suffering.”

“The dichotomy is striking. You visit one area of the city and it is pristine and beautiful. Parks, hills, trees, long stretches of thick, green grass. You go to another and it seems like the great war has just ended. The roads are bombed out, the shops are dirty, and there is pollution everywhere. 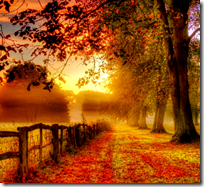 “Where was God through all of this destruction to His nature? Why didn’t He prevent the worst from happening? If He exists, why does He just sit idly by, allowing the suffering?”

4. After saintly leaders get harassed

“The Sanskrit term is rajarshis. There are many to be found in the documented history that are the Puranas. One family of note is the Pandavas, whose complicated story is interwoven throughout the epic work known as the Mahabharata.”

“They are saintly leaders. Though they are rajas, they have the mindset of rishis. They are detached while connected to the physical world. The process is known as yukta-vairagya. They don’t have to renounce the entire world in order to stay spiritually aware. The ideal example is King Janaka.”

“Yet the Pandavas faced untold harassment. Getting fed a poison cake. Intentionally sent to a house ready to be set on fire. Exiled from their community for a long time. Forced to live like paupers. How could God allow this? Where was He the entire time?”

5. After saintly people get attacked

“This situation is even worse. Described in the Ramayana poem, these were actual rishis, not bothering anyone. They had already renounced civilized society in favor of the tapo-vanas. These were forests conducive to austerity and penance.”

“In that quiet, secluded place they would get attacked by night-ranging ogres known as Rakshasas. These were not random acts of violence. The Rakshasas knew what they were doing. They would pounce right at the moment of fruition of a particular yajna. To translate to modern day life, it would be something like a terrorist blowing up a church during the time of a sermon.” 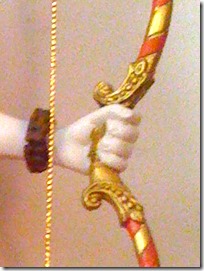 In that last instance the rishis petitioned the Supreme Lord directly. The avatara of Shri Rama happened to be roaming the forests at the time, carrying His sacred weapons with Him. He was like the best bodyguard, proven through past interactions with the venerable Vishvamitra Muni.

In the aforementioned situations, the answer is that God is always there. He is in the heart of both the sinner and the saint. The person committing the most heinous crime has God inside of them through the feature known as Supersoul. He actually provides the perpetrator the intelligence necessary to carry out their work, in the same way that He gives guidance to the other side on how to avoid harm.

This may be difficult to understand, for why would the all-benevolent one allow for such tragedy? The reasoning is that the entire material existence is illusion. The pain and pleasure experienced are real, but the duration is temporary. It is something like going through a dream.

The land exists to facilitate the dreamlike experience, and so every outcome is possible. The underlying, hidden truth is that the individual can never be killed. The soul is never in danger of being annihilated, no matter what happens to the associated body.

Thus the tragedy isn’t really so, but only in the viewpoint still suffering from illusion. Moreover, the effort in yoga always gets protected. The Pandavas had Shri Krishna supporting them throughout the harassment offered by the Kauravas. The rishis in Dandaka-aranya had Rama there to give protection from the Rakshasas.

In the same way, the Almighty manifests through the sacred sounds of the holy names to give protection from the perils caused by illusion: Hare Krishna Hare Krishna, Krishna Krishna, Hare Hare, Hare Rama Hare Rama, Rama Rama, Hare Hare. This mantra awakens me to the reality and helps me see clearly in a world that otherwise fools me at every turn.

Myself fooled at every turn,

So when at tragic news aware,

So could have been prevented,

Truth that world’s way up and down,

Like Loading...
‹ Why Didn’t Krishna Save Draupadi Directly
Five Reasons We Offer A Flower Garland To Krishna ›