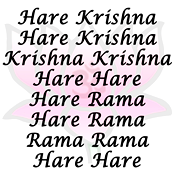 The popular radio talk show host laments that his generation had to invent their traumas. The preceding group of the population is heralded as the “Greatest Generation.” They dealt with world wars, depressions, and the threat of communist takeover of the entire world.

Their children didn’t have nearly the same difficulties. But somehow this didn’t amount to an absence of anxiety. It seems that no matter the situation, there will always be a reason for quarrel and hypocrisy.

1. Over how to deal with the spread of a deadly virus

One side says to simply shut everything down. People remain at home. For two weeks at a time, though it might be for as long as six months to a year. Interestingly, this recommendation is not from a school-age child. It is not from someone ignorant of the ways of the world and how there is an intricate web of connection to maintain the food supply, vital infrastructure and the safety of the public.

Rather, the people offering this solution are well-trained in a discipline known as “public health.” They may even be doctors and scientists. A skeptic would think that training isn’t required to suggest such sophomoric solutions, but who actually wants to delve deep into the issue at a time like this?

The other side says that you can’t really keep people at home for that long. The damage resulting from lost economic activity will be too great. Putting women and children under house arrest, with nowhere to go, with no outside interaction, with only the fear from the television news, is terribly unhealthy. They say that more deaths will occur from missing vital doctor’s appointments and routine screenings than from possibly being exposed to the virus.

2. Over how much a person should pay in taxes

One side says to tax the rich. They deserve it. They can afford it. They got lucky in life. They are winners of life’s lottery, as one prominent politician used to say. The rich got to where they are off the backs of the poor. Now it is time to return some of that wealth.

The other side says that the tax rates should be capped at a certain number, that once you take more than half of a person’s earnings you are essentially stealing from them. Moreover, with increased taxes, you will drive away high earners and businesses.

As an example, that governor crying on television each day about not having enough ventilators to handle a pandemic only a few years ago celebrated the departure of wealthy individuals from his state, who were fleeing because of high taxes. You think to yourself, he could sure use that lost tax revenue at a moment like this.

3. Over what a celebrity commented about another celebrity

One side wants this person banned forever. They made an offensive remark in passing. They were speaking to their friends, but in an online forum. Essentially, the world was listening in. Now everyone is piling on, even after the person has apologized.

The other side jumps to defend. They say that a flippant remark should not define a person. It should not cause them to lose everything they have worked for. There should be some kind of forgiveness. In this way, the two sides bicker back and forth.

4. Over how much the internet provider charges for monthly service

One side says that the government should step in. Cap the charges. Regulate the broadband providers as if they were utility companies. This will save the people from price gouging. It will be in the public good.

The other side says that the more regulation you have, the less quality there will be. It is better that the company can charge higher rates for certain customers, who insist on higher download speeds. Government will impose a one-size fits all model, and this will inevitably lead to rationed service. The big players will make out like bandits, since they won’t have to worry about future competition.

5. Over who is the greatest player of all-time

One side has their particular favorite. This player won the most championships. They dominated the competition. They came to play, every single day. They gave the fans their money’s worth on a night-in, night-out basis.

The other side has their own favorite. Someone who is still playing. Not as many championships, but the ability to succeed in a host of environments, with different settings. The argument is that the modern game is more difficult and that there is stiffer competition.

We see that there is no shortage for topics of discussion. Vedic literature describes this era as Kali, which is known for increased argument and hypocrisy. No matter what problems are solved, new ones will arise. No matter how much we try to convince someone to join our side, there will be factions. The increasing number of flags around the world indicates division, not unity.

Shri Chaitanya Mahaprabhu gives the formula for surviving, for uniting, for coming together. In this age of Kali there is no other way towards transcendence than chanting the names of Hari, which can be found in the sacred maha-mantra: Hare Krishna Hare Krishna, Krishna Krishna, Hare Hare, Hare Rama Hare Rama, Rama Rama, Hare Hare.

Those issues never to resolve,
Politicians promising to solve.

Or one player better than another,
One side strongly against the other.

No more enemies becoming,
When together coming.

Where chanting holy names to say,
In Kali’s age no other way.