“As stated in Bhagavad-gita (2.41), devotional service to the Lord is one, and the mind of the devotee is not diverted to the many branches of uncertainties.” (Shrila Prabhupada, Shrimad Bhagavatam, 3.7.40 Purport)

With the advanced intelligence gifted to the human species, there is a wide range of activities available to us. We can choose in which direction our mental efforts will go and on which subject matters our knowledge will increase. The devoted souls are unique in that they remain resolute on the path of transcendence, with fixed intelligence. They know that all other paths represent branches of uncertainties and are thus not very fruitful. The path of devotion is the lone path of certainty, so anyone who remains on it is guaranteed of the desired destination.

“Those who are on this path are resolute in purpose, and their aim is one. O beloved child of the Kurus, the intelligence of those who are irresolute is many-branched.” (Lord Krishna, Bhagavad-gita, 2.41)

We can use so many examples to see where the uncertainties arise and how the valuable potential for advanced intelligence goes to waste. Let’s say that in the course of my life I get intrigued by history. Napoleon, Hitler, Caesar, Washington and the like grab my attention. Therefore I start to read more about them. I decide to study history in college and then teach it afterwards. 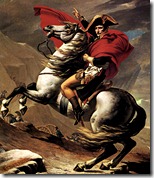 What exactly can I teach? I can give others information about what has happened in the past. Surely that is important, as we can learn from human behavior. If someone made a mistake in the past, we know to avoid that same mistake in the future. And yet the study of history is riddled with uncertainties. The circumstances change, so whatever lesson we think we’re learning from an incident two hundred years ago doesn’t always apply to modern times. Moreover, the real influence of human behavior is glossed over, ignored, or completely rejected. Therefore what can really be learned from this study?

Then there is the study of science. Learn how the body works in accordance with the laws of nature. See how weather patterns develop over several decades and then make predictions about the future. Again, there are always uncertainties. One day the scientific community is in consensus that the earth is warming, and then the next twelve years we get the coldest average temperatures in a century. The model then has to be revamped. New predictions have to be made. Since the study ignores the origin of life, there are always uncertainties.

Of course that origin of life is God. He should not be considered a mythical character developed by religious traditions and their zealous advocates. He can be understood in scientific terms. The nature around us operates on a regular schedule. A schedule implies intelligence. If I am using a computer server and I need a task to run at a certain time, I set one up in the task scheduler that is built into the operating system. The operating system was created with intelligence, and so too was the scheduler. There is no question of randomness. How then can the days, years, months, seasons, and predictable behavioral patterns of the species all be due to coincidence?

Certainly there is some faith involved in understanding the spiritual science, but there is also faith in the studies riddled with uncertainties. We trust what the historians tell us and the lessons they want us to learn. This doesn’t mean that our trust is worthwhile. We put stock in the predictions of the scientists, but they are wrong quite frequently.

In the spiritual science that is devotional service, there is no harm in extending faith. You automatically acquire good habits and an outlook that all other disciplines try to create themselves. Their attempts are made while ignoring God, whereas in devotional service God is both acknowledged and relied upon as a guiding force. He is all-powerful and the objective is to be with Him, so why wouldn’t He protect the vows of His devotees?

If you remain firm on the path of transcendence, you become honest, kind, gentle and wise. You see things clearly as well. You know that every living entity is a spirit soul at the core. You know that the intrigue into various topics is due to the soul’s inherent knowledge. That knowledge is only uncovered when there is the turn towards God. In all other areas, the knowledge remains suppressed. The material nature is a separated energy, one which the human being can never gain control over. When they put their fate in the hands of the Supreme Lord, then the control is shifted to the one person who does indeed dominate the material nature.

“Thus the field of activities [the body], knowledge, and the knowable have been summarily described by Me. Only My devotees can understand this thoroughly and thus attain to My nature.” (Lord Krishna, Bhagavad-gita, 13.19)

In the spiritual science we learn that the Supreme Lord created the material universe to act as a sort of playing field for those who wanted to forget Him. As such there is a seemingly endless variety of activities. The activities give the illusion of being beneficial, but in fact they are not totally fruitful to the living entity, who craves the certainty of a better destination. The best destination is the spiritual sky, and the person who follows the devotional principles knows with certainty how to get there.

They always chant the holy names, “Hare Krishna Hare Krishna, Krishna Krishna, Hare Hare, Hare Rama Hare Rama, Rama Rama, Hare Hare,” in order to think of the supreme being, who is all-attractive and the source of transcendental pleasure. They don’t shut themselves off from the outside world, either. Since they are on the straightened path, they know how all objects relate to the Supreme. They see the water as the gift from the Divine to be used in service to Him. It is to be used to quench one’s thirst so that they can remain fit in their devotional practices. It is to be used for cleansing and cooking as well, both of which are dovetailed with the same devotional service.

Objects generated by the sciences riddled with uncertainties can also be used in the same service. Thus the devotees are so kind that they allow for the accrual of spiritual benefits by even those who are not open to spiritual practice. Since such objects can be used to serve the highest person, the Supreme Lord takes note and offers some benefit to the creators of such objects. The glories of the devotees thus know no end. They show the proper path in life and they kindly help others to find it as well.

Why on uncertainties to depend,

When ears to God’s words can lend?

Predictions from scientists so long,

With limited knowledge at best,

Most they can do is offer guess.

For devotees the future is sure,

To be with God when desires pure.

On path of transcendence straight,

With certainty know what they await.