Home › four regulative principles › No Convenience Without An Inconvenience

No Convenience Without An Inconvenience

“O best of the Bharatas, now please hear from Me about the three kinds of happiness which the conditioned soul enjoys, and by which he sometimes comes to the end of all distress. That which in the beginning may be just like poison but at the end is just like nectar and which awakens one to self-realization is said to be happiness in the mode of goodness.” (Lord Krishna, Bhagavad-gita, 18.36-37) 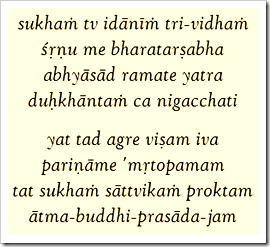 “I had enough. I was done with squinting. Being relegated to hope to hear what was going on after having failed to discern the action from the images flickering on the screen was getting old. I was done with a recording device that crashed in the middle of my program so many times. I was done with the same device skipping over portions of the recording at random. This may have been alright with movies and comedy series, as those can be rewound and watched again without much lost in the experience, but with sports programming this was a major issue. If you skip over an important portion, you might as well have someone give you the final score. If you know the outcome beforehand, there is no point to watching.

“So I finally decided to upgrade my television programming to high definition. The rest of the world had long since entered the twenty-first century, while I was one of the few remaining hold-outs. My television set was heavy, round, and deep. The stores didn’t even sell that kind anymore. I likely had no one to give it to, either, as the newer sets are relatively inexpensive and have more features. Moreover, my set wasn’t capable of carrying programming in high definition.

“The reason I waited to upgrade was that the process wasn’t simple. It wasn’t as easy as going to the store and buying a new television. It wasn’t as simple as having the programming provider swap machines in my room. Since I get satellite reception, I would need a new dish entirely. Also, I have other receivers scattered across the house. So I would need brand new receivers in each room. And my programming package would have to change. A new contract would have to be signed. So many inconveniences for a simple convenience. I finally went through the hassle, and now I am quite pleased. High definition is way better. I can see so much of the action now. This newer technology has improved upon the old technology significantly.”

This situation is of upgrading television programming and it affirms the old adage of “there is no convenience without an inconvenience.” This saying dates so far back that it is found in the writings of Benjamin Franklin, one of the famous founding fathers of the United States of America. Lord Krishna, the Supreme Personality of Godhead, takes the same saying and gives it its most important utility, allowing us to understand its full import.

Krishna says that the thing which appears to be like poison in the beginning but eventually turns into nectar, awakening one to self-realization, is happiness in the mode of goodness. This is the mode each person should strive for. It is not easy to attain by any stretch. Though there are many classrooms across the world that teach physics, there are many less PhDs in physics awarded. Yet the discrepancy doesn’t in any way invalidate the importance of physics. In the same way, though most will not reach the mode of goodness in a single lifetime, this in no way lessens the importance of that particular mode. 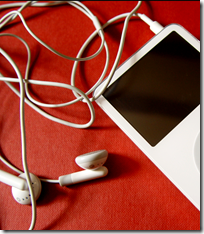 For genuine seekers of enlightenment in the present age of Kali, the last of the four time periods of the creation, the regulation that most closely corresponds with Shri Krishna’s statement is the restriction on meat-eating, gambling, intoxication and illicit sex. Giving these up is like taking poison in the beginning. Especially if one is accustomed to these behaviors, as is possible through inherited family traditions, then there is tremendous discomfort in giving them up. One might not even think that any of these activities is harmful. Though as recently as two hundred years ago temperance was considered a virtue, today it makes one an oddball. “Dude, you don’t drink? What happened? Are you okay? Is it for health reasons? Is there anything you can take that will fix the problem?”

These four activities are considered the most sinful, meaning they are considered the most detrimental towards finding pleasure without obstruction. They are the most potent obstructions. Giving them up is certainly an inconvenience, but when following bhakti-yoga under the guidance of a bona fide spiritual master, the end result is the best convenience. There is no better convenience than chanting the holy names of the Lord, “Hare Krishna Hare Krishna, Krishna Krishna, Hare Hare, Hare Rama Hare Rama, Rama Rama, Hare Hare,” in a pure way. There is no feeling like extolling the virtues of someone else, and since God has the best qualities coupled with endless activities, the devotee can feel so happy all the time by glorifying Him.

Glorifying Him is actually happiness in the mode of pure goodness, which is above any of the three modes of material nature. What are inconveniences in the beginning turn out to be worthwhile sacrifices in the end, just as the doctors and lawyers are pleased with the end result after having studied for so many years. Shri Krishna can be studied, worshiped, and honored for a long time as well. Though one may be reluctant to follow this path, being blinded by stringent religious ideology enforced by the narrow-minded, the effort is worth it, as a never-ending pot of the sweetest nectar awaits at the end.

Who in world not after convenience?

But know that comes with inconvenience.

An adage from times back old,

Clears obstructions for Supreme to adore.