“As water on the root of a tree is automatically distributed to the leaves and branches, in Krishna consciousness, one can render the highest service to everyone – namely self, family, society, country, humanity, etc. If Krishna is satisfied by one’s actions, then everyone will be satisfied.” (Shrila Prabhupada, Bhagavad-gita, 2.41 Purport)

A common concern of outsiders to the sweetest realm of transcendental life known as devotional service is the apparent lack of attention to general welfare service.

“If you’re chanting Hare Krishna all the time, worshiping God with your thoughts, words and deeds twenty-four hours a day, even dreaming of Him at night, are you not neglecting the vital services that society requires? What about hospitals? What about feeding the poor? What about curing disease? What about counseling others about the dangers of drugs and alcohol?”

But in fact, imbibing another soul with pure God consciousness is the very height of service. No other service can compare.

Consider the following hypothetical scenario. You’re a mom. You just became one for the first time. You and your husband couldn’t wait until you got your first child. That was the primary reason that you got married, to start a family. Finally you got pregnant, and though those nine months were difficult on the outside, the thought of a new child coming into your life maintained your happiness. You were eager throughout. 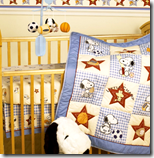 After some time in labor, this brand new boy appeared from your body. The first time you held him in your arms is indescribable. You’ve never seen this look on your husband’s face before. He appears to be glowing. Though your son is diminutive in stature, he has full command over the room. He is the only one who is calm out of everyone. All others are at his service. You thank God for your blessings at this wonderful time.

“Dear, I think we shouldn’t send our boy to school. He is too happy in our home. You never know what might happen in the outside world. Just because everyone else sends their kids to school doesn’t mean that we have to follow. You make plenty of money. You support us both on your own. I want him to be happy. I don’t want him to suffer. We have enough to support. We have life insurance, too. So if we suddenly pass on, our boy will have enough money to live. Let him enjoy life to the fullest. Education only brings worries and debt. These kids today have college degrees and no jobs. So what was the use of their schooling? We started a family to enjoy, and so let’s not ruin things by sending our boy to school.”

Obviously this line of thinking is ridiculous. Though the good parent attached to their child will not look forward to the kid’s first day of school, they realize that it is what the child needs. The concept of God consciousness can be considered in the same light. All other services done for humanity are the equivalent of raising the child in the early years. Providing food to the needy is identical to feeding the child. The same can be said of providing medical care.

The idea is that after all such services are performed, the beneficiaries need somewhere to go. Maintaining the body is required for continued living, but once continued living is achieved there needs to be direction. Indeed, so many problems are caused by a lack of proper direction. Statistics in industrialized nations show that illicit sex and dropping out of high school are the principal causes to poverty. So simply providing service in the form of food doesn’t even solve the specific problems targeted.

The child needs to be educated. That is nature’s way, after all. Otherwise the higher authorities would have kept us all in the stage of childhood, which has limited intelligence. We are not like the dogs and cats, who have no maturity in intelligence. Even the human beings who are lacking good judgment reach a state in adulthood where they can make rational decisions. Therefore the concern is on how to make those decisions and choosing the ideal destination.

Bhakti-yoga, or devotional service, takes care of both. Interestingly enough, it is open to even the less intelligent. If you are not educated, you can still worship God. If you don’t have enough money to keep yourself fit, you can still say the name of the Lord with love. Whether you have a million dollars or just ten, if you are God conscious you can be happy. That is because all are happiest when serving, and in bhakti-yoga the service is to the only entity who is forever knowledgeable and blissful with His transcendental body.

“There are many personalities possessing the qualities of Bhagavan, but Krishna is the supreme because none can excel Him. He is the Supreme Person, and His body is eternal, full of knowledge and bliss. He is the primeval Lord Govinda and the cause of all causes.” (Brahma-samhita, 5.1) 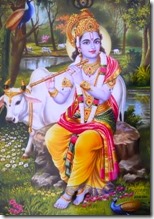 Bhakti-yoga is eternal life, and one who practices it automatically can give it to others. Therefore the service they perform is higher than any other. Nothing else can compare for a second. Other services in society are not neglected, as comparatively speaking the portion of the population involved in bhakti-yoga is always much smaller than the portion not. And yet the result of bhakti, or pure love for God, is much more valuable than any temporary situation created by welfare work or mundane service.

“Out of compassion for them, I, dwelling in their hearts, destroy with the shining lamp of knowledge the darkness born of ignorance.” (Lord Krishna, Bhagavad-gita, 10.11)

It would be near criminal for the mother to keep her child from being educated due to misguided sentiment. The opportunity for a fulfilling life would vanish. In the same way, to not share the science of self-realization passed on from the chain of disciplic succession originating in the Supreme Lord Himself, Shri Krishna, is a great shame. Those who are fully immersed in service to the benevolent author of all great things take it as their life’s mission to spread the glories of transcendental light to others. This light, shining from within the heart, destroys the darkness born of ignorance.

So that child with you always to stay,

From any kind of education keep away.

For such a practice no defense,

Not logical, against common sense.

Service to man considered the same,

End not only in welfare work mundane.

Education for the human being a must,

So also in words of Vaishnavas trust.

Service to Krishna to satisfy responsibilities all,