“It is a fact that there are two classes of men – those who are obedient to the laws of the Supreme Lord and those who are atheists or agnostics, who do not accept the existence of God and who want to create their own laws. They want to establish that everyone can create his own laws or his own religious path. Without tracing out the beginning of the existence of these two classes, we can take it for granted that some of the living entities revolted against the laws of the Lord.” (Shrila Prabhupada, Shrimad Bhagavatam, 3.26.5 Purport)

In rebellion against the dictates of the Supreme Personality of Godhead, Bhagavan, man thinks their approach is more enlightened. Rather than fix the mind on a person they consider to be imaginary, whom they identify in derogatory terms such as “magic sky wizard,” they choose their own path. They won’t be told what to do. But in fact it is seen that laws exist anyway. Instead of following God’s laws, man creates their own. The very same rebellion they offer to the author of all good things gets returned to them with the passage of time. Their influence gets forgotten entirely, showing that they are not anything like God.

You can take something as simple as a bridge to see how this works. To get to New Jersey from New York in America, you can take the George Washington Bridge. There are other options, but this is a popular one, especially for trucks. As this passage is important for commerce, it is not surprising to find the George Washington Bridge crammed with traffic on a daily basis. It takes only one time of being stuck in this traffic to swear off the bridge forever.

“I’m never taking that bridge again. Don’t even mention the name George Washington to me. It brings up bad memories. I’ll never forget that time I was stuck on that bridge for three hours. It was a nightmare. I’d rather take any other route to get to New Jersey. Or better yet, I’ll avoid going to New Jersey altogether if I can.”

In another instance, you have a school called Thomas Jefferson High School. The children who pass through it thus associate the name with an important time in their life. Whenever they hear the name “Thomas Jefferson” they immediately think of school, which then conjures up either good or bad feelings.

If you get enough generations removed, likely the people won’t even know who Thomas Jefferson and George Washington are. Yet at one time both were very important. They helped to create a new nation, lending support to two very important documents: the Declaration of Independence and the Constitution. Though both were very much believers in God, through their adventures we see that new laws were created. A new system of government emerged. 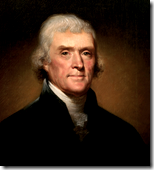 In fact, that is the case everywhere, since time immemorial. Great leaders made laws for their communities, and these leaders were considered very important. Even the biggest atheist must follow some laws. Since they don’t identify with an authority source like a sacred text, they try to make their own rules. And yet with enough time passing, their influence gets diminished. The same way that they discounted the Supreme Lord in their own time, after a while others forget about them. Future generations associate their name with a building, a highway, or some landmark. This means that the laws created are not perfect. If they were, then the creators would always get the credit. They would always be remembered for what they did. Instead, the opposite happens. The laws always change, and so in the name of progress the original authors have their statures diminished.

The laws coming from the Supreme Lord never change. One law is that there must be death after birth. If you want to know why people die, look no further than birth. As soon as you emerge from the womb of your mother, you must die. It usually happens many years later, but it will happen nonetheless. Another law says that the living entity is born into delusion, bewildered by the dualities of desire and hate.

“O scion of Bharata [Arjuna], O conqueror of the foe, all living entities are born into delusion, overcome by the dualities of desire and hate.” (Lord Krishna, Bhagavad-gita, 7.27)

Another law states that the escape from the dualities of desire and hate comes from purifying consciousness. No more distractions. No more hankering after things you want and lamenting over that which you don’t have. No more calling one person your friend and another your enemy. No more wondering why you were put on this earth. No more thinking that you can solve every problem yourself, that you have the answers through your limited experience in life.

“And whoever, at the time of death, quits his body, remembering Me alone, at once attains My nature. Of this there is no doubt.” (Lord Krishna, Bg. 8.5) 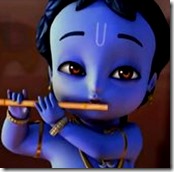 The purity in consciousness gets measured at the time of death. What you think of while quitting the body is what you’ll get in the next life. Sort of like the life flashing before your eyes concept, your consciousness configured through the experiences of the present lifetime dictates where you will end up next. If you think of God, you don’t take birth again. Without birth, there cannot be death. Without birth there cannot be duality. You don’t have to make up laws anymore, looking for perfection that is impossible to find without the hand of the Divine.

The Bhagavad-gita gives access to these perfect laws of God and more. Those laws withstand the test of time, and so any person who adheres to them, understanding them through the help of someone who follows them, will get the benefit of remembering the person whose influence never diminishes.

Against laws of God defiance,

Then on flawed mind reliance.

With time known only by landmark named.

His laws remaining valid from start to finish.

Wherever mind, following laws a must,

Better if in flawless being to trust.