Home › science › Knowing What Existed Before You Existed

Knowing What Existed Before You Existed

“The Supreme Personality of Godhead said: The unmanifested eternal combination of the three modes is the cause of the manifest state and is called pradhana. It is called prakriti when in the manifested stage of existence.” (Shrimad Bhagavatam, 3.26.10)

What happened before our birth? Let’s say that we want to know who won the gold medal in swimming in an Olympic Games that occurred in a year that is prior to our date of birth. In the modern day we look up the information online. There might be recorded video of the event as well. Still, we have to trust that what is recorded is actually what it claims to be. Anyone can hit the record button on a camera and put a label on it. Man makes mistakes, also. What they say is not guaranteed to be true.

“Speculative knowledge of God will lead us nowhere. If a boy wants to know who his father is, the simple process is to ask his mother. The mother will then say, ‘This is your father.’ This is the way of perfect knowledge.” (Shrila Prabhupada, Science of Self-Realization, Ch 1c) 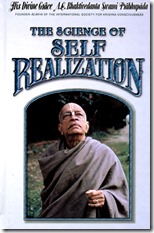 Nevertheless, we get the information on the authority of someone else. His Divine Grace A.C. Bhaktivedanta Swami Prabhupada often references the example of the son wanting to know who his father is. The natural course of action is to ask the mother. In modern times there is the paternity test, but even that only gives a likelihood. Studying DNA evidence, the test gives a percentage-based guess of who the father could be.

The mother should know because she witnessed everything. The child has no other way of knowing. There has to be the word from authority. Shrila Prabhupada uses this example to explain how a person can come to know what was there before everything existed.

Time is infinite in both directions. There is always a beginning to a beginning. When the end comes, there is always something after that. The human brain does not have the ability to fully grasp infinity. Despite holding countless images in the mind from what has been witnessed thus far in the journey through life, there is still a storage limitation. Like a hard drive with a maximum capacity, it is not possible for the mind to collect information going back infinitely in time.

There is still a general inquisitiveness as to what happened in the distant past. We know that each person in this world needs the combination of a mother and a father to be born. Going back in history is rather straightforward; ascend the chain of parents. Eventually you should get to the first people on earth. But who came before them? Is it possible for an individual to be the source of everything?

Vedic literature provides the testimony of people who were around then. The single-source creator is known as Brahma. He is not the father of just mankind. There are up to 8,400,000 different species. A species is a combination of spirit and matter. The makeup of the matter is what determines the type of species. The matter is composed of three types of elements: goodness, passion and ignorance. The matter can be exclusively of one type or a combination of the three in varying proportions.

Even before Brahma, there is the creation of the universe. There is dull matter, known as pradhana, and then there is the spiritual glance. This is the same combination of mother and father. The father in Vishnu gives the seed, and the mother in the material nature facilitates the development of the living being inside.

“It should be understood that all species of life, O son of Kunti, are made possible by birth in this material nature, and that I am the seed-giving father.” (Lord Krishna, Bhagavad-gita, 14.4)

The skeptic has the right to question whether or not this information should be believed. We can believe the information about things happening in the years immediately preceding our birth because not that much time has elapsed. How do we believe something that occurred millions of years ago? The gap in time allows for forgetfulness, malicious changing of information, and the possibility of loss of sacred writings. 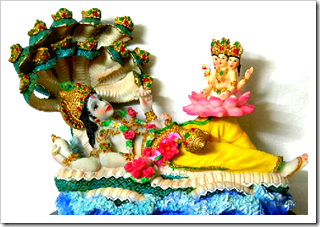 Authority will always be required when accepting important information; the issue is whose authority should be trusted. In the Vedic tradition there are important personalities who pass on the information first experienced and heard by Lord Brahma. These personalities are known as mahajanas, or great people. They are great because they are above the delusion caused by material nature. They see beyond duality and they are not driven by the senses. They accepted the knowledge of God, jnana, and then realized the truths on their own, vijnana. Brahma himself is an impeccable authority, and there are so many others as well, appearing in every time period. The living entity needn’t remain in the dark about the origin of the creation. Hearing the proper explanation will help them to find the best future, over which they have some control.

For obstacles in path to clear,

Important of the origin to hear.

Of how everything created know,

So that to best destination to go.

Brahma the source of creatures lone,

Authority with any information a must,

Mahajanas most deserving of trust.