“The air enters into water, mud, stool and whatever else is there; still it does not mix with anything. Similarly, the living entity, even though situated in varieties of bodies, is aloof from them due to his subtle nature. Therefore it is impossible to see with the material eyes how the living entity is in contact with this body and how he is out of it after the destruction of the body. No one in science can ascertain this.” (Shrila Prabhupada, Bhagavad-gita, 13.33 Purport)

Observation and experiment. Form a hypothesis and conduct the experiment to reach a conclusion. Incorporate past results into the study. Make progress. Something which held true for centuries can be turned upside down. Progress can only occur when the starting point is flawed to some degree.

As an example, there is no progressing from two plus two equals four. It is a truth of the absolute nature. There is no research that can nullify the outcome. Taking two of something and adding two more always results in four of that something.

Why can’t similar experiments be conducted into the nature of everything? That is, why can’t science determine if God exists? Why can’t the scientific community reach a firm conclusion on what was there at the beginning of time and what will be there in the future?

Since modern science is based on empirical evidence, the spiritual element is automatically disqualified from study. Only that which can be seen with the eyes is accepted. In this regard so much valuable information presented in the spiritual science that is the Vedas gets perpetually ignored.

1. The living entity coming into contact with the body

The comparison is made to something known, which in this case is air. The exact Sanskrit word is akasha, which really means “sky.” The reference is to the container that is a subtle element. It holds everything else.

The planets are within the sky. Within the planets are earth and water. Sound is present, as well. Sky interacts with everything, but at the same time is not affected. You cannot say that the sky gets dirty, since the earthly element can simply be removed.

In the same way, the living entity comes in contact with the body. This event is known as birth. Scientists get an indication of the birth event through the presence of the embryo within the womb, but from where that spark of life came remains a mystery.

This event is known as death, but what actually happens cannot be seen. The same living entity that previously entered the body now exits. The body stays behind. It immediately begins to decay, as there is nothing to give it life.

There is no scientific instrument that can see the soul. Nor is there one that can precisely determine where it resides. In the house there is electric power distributed throughout, but there is still an original source. That same source powers the entire community. A person may not know where the utilities company is located, but this doesn’t mean that a source doesn’t exist. 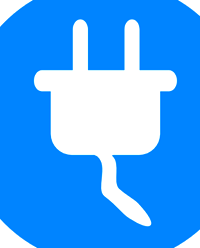 In the same way, just because there is no scientific proof of the soul doesn’t mean that it doesn’t exist. The external symptoms are sufficient evidence of its presence. Knowledge of the soul, how it enters the body, how it subsequently leaves, and how it remains untainted through contact with the material elements is known only through consulting authorized sources.

Authority here is determined by participation in a link of teachers. The link always starts at the purported original person, the one who most commonly goes by the name “God.” In Sanskrit there are countless names for Him. He is Krishna due to His beautiful complexion. He is Rama since He holds all transcendental pleasure. He is known through many names that are negations of attributes that are otherwise limiting.

He is unlimited knowledge, and He is also beyond the measurement of blunt instruments. Proof of His existence can only be found through serving Him in a proper way. After all, the range of perception with the human being is limited to the duration of life, which is not constant across the population. One aspect to God would have to be the lack of death, and this feature can never be confirmed through observation since the time is limited.

The Bhagavad-gita and other works of Vedic literature give vision beyond the power of modern science. A window to the spiritual world gives a glimpse into the eternal, blissful life that is the original situation of every living entity.

Certain of so many things to be,

But science aspects never to see.

And departing at death, lifeless now.

The soul itself, from where it came?

How powering child and adult the same?

Known only through parampara consulting.

Like Loading...
‹ Three Things Rama Can Break In Addition To The Contest Bow
Four Ways To Characterize The Demigods ›