The Three Modes Of Nature And Their Corresponding Conditions

“The living entities conditioned by material nature are of various types. One is happy, another is very active, and another is helpless. All these types of psychological manifestations are causes of the entities’ conditioned status in nature.” (Shrila Prabhupada, Bhagavad-gita, 14.6)

A jiva is a conditioned soul. The binary understanding, the simple yes/no switch, if you will, relates to a connection to the Divine. When there is purity in consciousness, which is a symptom of living, the presence of spirit, then there is liberation. In that state there are no conditions in duality, such as birth and death and everything in between.

In the conditioned state there is one misery after another, and the cause is forgetfulness of the Divine. It is something like entering the movie theater and intentionally ignoring what is readily acknowledged and known: that the film about to be shown is a scripted performance, produced with intelligence in such a way as to entertain.

The jiva is conditioned by material nature to continue in the forgetfulness of God. The conditioning itself can be further broken down: namely into three categories. These are the modes of nature, and they have corresponding conditions.

The influence of the modes includes the type of body given, the activities followed after birth, and the state of mind. The three modes are like colors used in a painting. Not everything is pure white or pure black. The colors can be mixed together in different combinations.

The mode of ignorance corresponds to helplessness. The ideal example is the person consumed by intoxicants. They start out dominant over an inanimate object. The bottle of liquor can’t do anything to me. It is just matter, after all. The same with cigarettes.

Yet the effect of overindulgence is so potent that these objects develop a kind of magnetic force, where it is seemingly impossible to step away. The person in ignorance is helpless, as they don’t know what to do. Common symptoms are large stretches of sleep, laziness, and doing things that produce no tangible benefit.

Practically every human being begins in this mode. There is a desire, most often to acquire something. I want a toy. I want to go to Disneyworld. As maturity takes place, the desires change. I want a good grade on the test. I want a car. I want a wife. I want to retire. 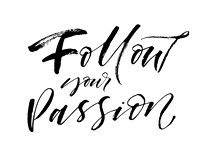 The mode of passion involves the pursuit to achieve these desires, leading to an active state. Passion is considered a step above ignorance since there is something tangible produced. The glaring drawback, however, is that desires rarely diminish. They increase in intensity, in spite of success.

The mode of goodness corresponds to intelligence. I realize that buying the most expensive car won’t really do much for me. I don’t need to work so hard, since at the time of death everything will be taken away regardless. I am a spirit soul, part and parcel of the Divine energy known as Brahman.

I am generally happy, as it is a relief to be free of the traps of passion and ignorance. The athlete works so hard to win a championship, but that memory is quickly erased thereafter. If the next season they lose in the final round, sadness follows. In passion a person basically stays in the same position, win or lose.

I am even more pleased to be free of ignorance. Sleeping the entire day away is no fun. Intoxication didn’t do me any good. The bottle of whiskey lied to me; there was no advancement as a result of indulgence.

From this review goodness looks like the winner, the height of living, but goodness is a mode of nature, after all. This means that the jiva is conditioned by that happiness. A person in that mode may start to feel they are better than others and then fall into activities that keep them conditioned. A person in the mode of goodness is in line to reach heaven in the afterlife, but residence there is not permanent.

“When they have thus enjoyed heavenly sense pleasure, they return to this mortal planet again. Thus, through the Vedic principles, they achieve only flickering happiness.” (Lord Krishna, Bhagavad-gita, 9.21)

In the liberated state the mode of living is known as shuddha-sattva. This is pure goodness. There is no feeling of superiority to the point of taking part in activities to remain conditioned. There is happiness for sure, but of a different kind. There is activity, but not for the purpose of a temporary, personal result. Sometimes there may be a feeling of helplessness, but it doesn’t last, nor is helplessness actually the case.

In pure goodness there is only service to the Divine, who is actually a person. Since He is all-attractive, one name for Him is Krishna. I may feel helpless in being able to serve Krishna properly, but He appreciates that sentiment and ensures that I will continue to have the opportunity to serve. I am active because I want to please Him. Even if outside conditions inhibit so strongly to the point of preventing me from moving, I can at least chant the holy names: Hare Krishna Hare Krishna, Krishna Krishna, Hare Hare, Hare Rama Hare Rama, Rama Rama, Hare Hare. 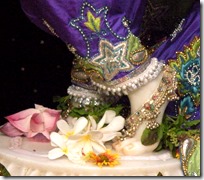 I am happy because I get to stay with my best friend, who is the greatest well-wisher to every person. I feel the pain of separation, but that is also auspicious. I feel others are superior to me since they have a better ability to serve and please Krishna. They simply need to be made aware of their potential, and from there they will quickly pass me by.

From modes of nature three,

Conditions of living to see.

Helpless in ignorance to feel,

In goodness some happiness got,

But even from heaven to drop.

Only in bhakti, pure goodness the mind,

Like Loading...
‹ Why Does Krishna Wait So Long To Descend
Four Devotional Services That Can Be Offered In Meditation ›