Am I Wasting My Time

“Shri Rama does good for everyone; through His love everyone is benefitted. Therefore, it must hold true that Rama will always do good for Tulsi.” (Dohavali, 105)

It’s an important question to ask. There is so much effort invested to begin with. There is faith that the end result will be something never before experienced. The promise is to remove the greatest fear a person can have: death. 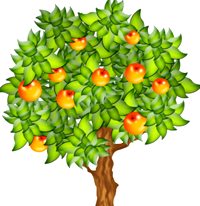 The mature fruit hanging from the tree has no other fate than to fall. Growth is finished. There is no more potential in that area. For the mature human, the only guaranteed outcome remaining is death. Everything that was experienced, the attachments formed, the worries and fears, the concerns about future wellbeing – nothing except the subtle body carries forward into the next life.

Therefore this bhakti-yoga thing better be the real deal. It cannot fail to deliver; otherwise so much time is wasted. The truth is that the life outside of bhakti, enjoyment of the senses or seeking some high stature through renunciation and mysticism, is the real shame. Especially in the valuable human form of life, the potential to sharpen intelligence is not used wisely.

The person on the path of bhakti monitors their progress. This is a prudent thing to do. There is the other side, with the saying, “A watched pot never boils.” If you know something is going to take a long time to complete, checking how far along you are is fine once or twice, but repeatedly it can make the process seem more difficult than it is.

In bhakti-yoga the questions to ask are rather straightforward. Is my attachment for God the person increasing? By extension, is my detachment for everything material decreasing? Am I less concerned with eating and more concerned with practicing devotion? Is the confidence in my spiritual master growing? Am I more confident in the path today than I was when I started?

Hearing about the life and pastimes of Shri Rama gives reassurance. He is the Supreme Lord appearing before the eyes in a special, attractive, and completely transcendental form many thousands of years ago. God is not limited to one specific place or kind of people. He is already within the heart of every single living thing through the expansion known as Supersoul.

There is so much to study from Rama’s deeds described in works like the Ramayana, Puranas, and Ramacharitamanasa, but one thing is clear: He does good for everyone. No matter the stature, gender, level of intelligence, or particular difficulties of the recipient, the meeting with Shri Rama brings the ultimate benefit afterwards.

Goswami Tulsidas uses this truth to gain assurance that everything will work out for himself. The celebrated saint had nothing to worry about. Anyone truly devoted to the Supreme Personality of Godhead is assured liberation. It may not manifest immediately, but they are on the path. Bhagavan brings to the devotee what they lack and preserves what they have.

“But those who worship Me with devotion, meditating on My transcendental form-to them I carry what they lack and preserve what they have.” (Lord Krishna, Bhagavad-gita, 9.22)

Rama does good for everyone who comes in contact with Him, so why not for a person who thinks only of Him day and night, for years on end? In this way every person can be assured that only in devotion is the work guaranteed to provide lasting benefits. The house I spent years building may crumble at any moment, but the house of devotion built within the heart, where the chief guests are Shri Rama and His wife Sita Devi, remains sturdy and intact from lifetime to lifetime.

Sturdy the bhakti house I built,

Not by time or death to wilt.

Sita and Rama the chief guests,

In whom all power and mercy rests.

Worrying that possible effort a waste,

That not yet liberation to taste.

Tulsi the guarantee from this understood,

That God for everyone already doing good.