Three Ways To Know You Haven’t Made Progress

Smartphones. Instant access to news. Forecasts on the weather to an alarmingly accurate degree. The ability to travel thousands of miles in only a few hours. Speaking to someone across the globe, but feeling as if they are there in the room with you. Indoor plumbing. Air conditioning.

With such advancements in general living conditions, it is not surprising to hear the following lament from a parent of children just reaching the age of adulthood:

“I don’t understand why they have such a negative outlook on life. They have had everything practically handed to them. When I was growing up there were only five or six channels to watch on television. If you wanted to order takeout food, you had to reference this large yellow book of phone numbers.

“Today they have everything, but are still unhappy. They act as though they are entitled to stuff. Their first job has to pay as much as an experienced person receives. They want everything to be free, including goods and services that others had to sacrifice so much to produce. I don’t understand it.”

From the behavior of a notable figure described in Vedic literature, we get a proper assessment on what actually constitutes progress. Namely, key indicators reveal when progress isn’t present.

I have everything available to eat. The refrigerator is always stocked full. This is not a random occurrence of nature. Someone else is doing the work. The farmers are producing. The truckers are driving. A person is going to the store and making the purchases.

Yet despite the lack of a food problem, there is always a thought on eating. What to do for dinner? How to lose weight? How to kick this general feeling of lethargy? What new drinks to try? How to avoid eating the same thing for every meal? 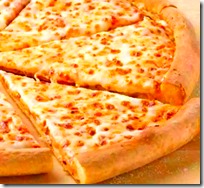 Constantly agitated senses indicates a lack of progress. To truly better the human condition is to have more control. Imagine if you could quit any particular food or drink at a moment’s notice. Imagine if you paid no attention to what you ate; whatever is available would be fine.

You have everything available to you, but there is still envy. There is concern over how another person is faring in life. How big is their house? Are their children more advanced than yours? Do others earn a higher salary than you?

If a person were truly making progress, their happiness would be independent of outside factors. That is to say someone else’s position in life would have no bearing on my emotional outlook on a daily basis. If I am maintaining envy, with any person as a potential target, then there are still issues to resolve.

In the modern world of so-called progress, the senses can get so out of control that absurd rationales get created to justify remedies for actions later regretted. If a child should happen to appear in the womb due to a romantic rendezvous, there is the option to kill it. Since the child can’t be seen, since they can’t speak for themselves, the perpetrator feels more comfortable with the decision, not seeing anything wrong with it.

King Hiranyakashipu’s worst crimes came in this area. He thought he was the most advanced, having made the most progress due to gaining control over the entire world. He was feared by everyone. There was no authority figure above him, or so he thought.

Yet his senses were never under control. He maintained envy of Vishnu, the person he considered to be his greatest enemy. This is because deep inside Hiranyakashipu understood that Vishnu was God, and the staunch materialist is always envious of God, precisely because there will always be someone superior to them.

The king treated his son Prahlada terribly. When hearing about this later on, Maharaja Yudhishthira was puzzled. He could not think of a case in history where an affectionate father turned on a pious and saintly son. He asked Narada Muni to explain further.

It was the same Narada who had instructed Prahlada while the child was in the womb, during the period of time where there is supposedly only an unviable tissue mass. What an amazing mass that is, as it has the potential to take down the most powerful king the world has ever seen.

The child was much further advanced than the father. Prahlada had his senses under control, never considered anyone to be his enemy, and certainly treated others well. The one who fell deeper into a hellish mental condition due to his so-called progress eventually had to give up everything due to his harassment of Prahlada.

That most advanced I’m thinking,

But only into illusion sinking.

Because control over senses none,

Envy from news of others to come.

Not even properly seeing,

Hiranyakashipu in this way flawed,

Through his hostilities Narasimha clawed.

Like Loading...
‹ Four Behaviors Parents Don’t Mind From Their Children
Three Places Where Bad Association Can Ruin A Good-Natured Person ›

Categories: the story of prahlada, the three