“Hiranyakashipu did not ask his young son anything that would be very difficult for him to answer; instead, he gave the boy a chance to speak plainly about whatever he thought might be best. Prahlada Maharaja, of course, being a perfect devotee, knew everything and could say what the best part of life is.” (Shrila Prabhupada, Shrimad Bhagavatam, 7.5.4 Purport)

It was a tough day at the office. One problem after another. It would be nice to have some predictability once in a while, but this world being temporary and miserable negates that opportunity.

A saving grace, if you will, is the prospect of returning home at night and meeting with the family. Sure, the wife might have a list of demands. Instead of understanding the difficulties involved with your occupation, she only complains about everything she had to do all day. You have to attend to various responsibilities around the house, but eventually it is time for dinner.

The family sits together, and since the children are attending school on a regular basis, your questions to them are on the subject of education. More specifically, what did they learn in school today. What topics were interesting and which ones were boring or beyond their level of understanding?

“Father, today we learned about the alphabet. I already knew a little from the books you gave me and the shows I watch on TV, but the teacher brought everything to life. To show me that the word ‘apple’ starts with the letter ‘A’, she had a real apple with her. There was a banana for the letter ‘B’. She asked the class to think of a word that started with ‘I’ and everyone had trouble. Then she showed a picture of an insect.” 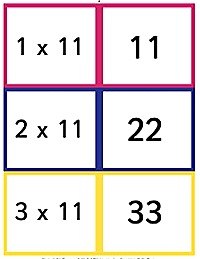 “Today we learned about multiplication. Two times two equals four. Eight times eight is sixty-four. The teacher showed us the tables for all the numbers up to ten, and then after that we had to try to memorize. It took some time, but we divided into groups that had flash cards. My partner and I took turns looking at the flash cards and giving answers.”

3. History of the nation

“Dad, they talked about American history in class today. The Revolutionary War. George Washington. Benjamin Franklin. England and something about taxes and representing. I found it kind of boring. Why do we have to learn about stuff that happened hundreds of years ago? People back then didn’t even have TV. They had to travel with horse and buggy. Anyway, we’re supposed to write a short essay about the topic of the Boston Tea Party. I was sad to learn that it had nothing to do with a celebration. Something about people dressing up as Native Americans and throwing away tea.”

4. The difficulties associated with accepting a temporary body

What child would actually bring this subject up? Moreover, what school would even teach it? Prahlada Maharaja received the question directly from the father, King Hiranyakashipu. It began as an affectionate exchange. The king wanted to see how his son’s education was progressing. Were the teachers focusing on the right subject matter? Was the child interested in learning? Were there any specific topics that would spark the boy’s enthusiasm?

Prahlada described principles that hardly anyone in the world followed, let alone knew about. The material body is temporary, and with the association there are so many embarrassing conditions. A person may rise to the stature of king, but eventually there will be a fall. What goes up must come down, and everything is left behind at the time of death.

This was such a wonderful instruction, expected to open the eyes of any sober-minded person. Coming from such a young child, a parent should be so proud. Of course, Hiranyakashipu was the best of the asuras, or bad people. He did not understand that Prahlada not only repeated such instruction, but believed in it wholeheartedly. Something had to be wrong, and so appropriate measures would need to be taken.

At dinner table sitting near,

To wife and children so dear.

And what most interesting learning.

The alphabet one child to say,

Another with multiplication to play.

How about temporary body’s embarrassment?

This to Prahlada brought harassment.

Like Loading...
‹ Three Sets Of Friends And Enemies Created In Politics
How Did Prahlada Acquire All Good Qualities Without Practical Experience ›