“Arjuna said: O descendant of Vrishni, by what is one impelled to sinful acts, even unwillingly, as if engaged by force?” (Bhagavad-gita, 3.36)

“I am trying my best to be a good brahmana. Not the kind determined by birth, jati. I understand where some people will only follow that line. Heredity. An inherited title. No problem with me. Let them object. I am after a higher achievement than merely acceptance from society.

“I want to be clear of the four regulative principles. These are presented in the modern day by His Divine Grace A.C. Bhaktivedanta Swami Prabhupada, but a similar kind of list can be found as far back as the Mahabharata period.

“No meat eating. No gambling. No illicit sex, and no intoxication. I am pretty good with the first three. I don’t consume alcohol, either. The problem I have is with caffeine. It is a horrible addiction, mind you. I don’t drink coffee and I am not swigging the stuff the entire day. 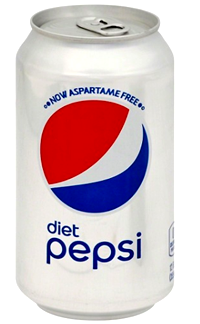 “One or two drinks to get me through the day at work. I am forced to sit in an office for upwards of eight hours a day. It seems impossible to make it without feeling sluggish. The caffeine seems to be a good pick me up, but I know that the sensation is only mental. I could be fine without it.

“The issue is the withdrawal. It comes on strong. A terrible headache. Extreme fatigue. I could sleep for ten hours at night and then require another two during the day. That is how severe the separation is. It doesn’t make sense. This stuff should come with a warning label.”

“This testimony is based on what I read about famous people. One singer in particular from this rock band that I like has struggled with alcohol addiction. This certainly has a much stronger effect than caffeine, but it is intoxication all the same.

“This singer recently went into rehabilitation for the second time. In the year or so preceding, he did not look good. His face appeared transformed almost to the point of plastic surgery. An interesting thing occurred, however. Upon exiting the treatment facility, he looks like his old self. Can you imagine that? Alcohol can make that significant an impact that it causes premature aging?”

“I was young. The habit developed in college. What did I know about good health? I never had to think about it. Eat or drink whatever you want. Well, the addiction to sugar is coming back to bite me now. I play sports, and I notice that the injuries are more frequent when my sugar intake is higher. I also seem to contract illnesses more often.

“I am trying my best to cut down, but it is so difficult. After the afternoon meal, there is a strong urge to have something sweet. It is not fair. I cannot control myself. I know better, but I still end up following behavior that is harmful to me in the long run.”

In the Bhagavad-gita there is discussion along similar lines. The issue in question is sinful life, papa. At the most basic level, the dividing line between piety and sin is the intended impact. Piety is the right way to do something. Sin is the wrong way.

As a simple example, there is a correct way to tighten a screw when constructing something, large or small. Turn to the right in most scenarios. Turn to the left to loosen. If giving the instruction to someone else, they should follow for the desired impact. If the aim is to tighten the screw and the person loosens it, the “sinful” act will have a consequence that manifests at some point in time.

The result could be immediate, such as a person going to sit in a chair and falling down because of the loosened screw. It could be years into the future, when one weak link in the chain of construction causes a larger structure to collapse. People might never know what caused the problem; but the action and reaction are always there.

Arjuna worries about the ability to follow dharma faithfully. Following the line of righteousness. An obvious first step is to learn. Hear from someone of authority on how to do things. In this case Arjuna had the best teacher in Shri Krishna, the Supreme Personality of Godhead.

But as we saw from the examples mentioned above, knowing that something is bad for you doesn’t necessarily prevent the activity from occurring. It is as if some overwhelming force pushes you in a specific direction. An unavoidable force. Something which the ordinary human being cannot overcome.

Krishna confirms that the material nature itself is very difficult to overcome. It is compared to a fort, durgam. Personal endeavor will only take a person so far. Even advanced yogis, who have been celibate and self-controlled for years, have been known to fall down through a momentary lapse in judgment.

“This divine energy of Mine, consisting of the three modes of material nature, is difficult to overcome. But those who have surrendered unto Me can easily cross beyond it.” (Lord Krishna, Bhagavad-gita, 7.14) 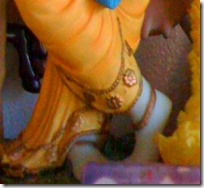 The devotees of Krishna receive assistance. If they sincerely want to work towards pious life, for better serving the all-attractive one, He breaks from His position in neutrality and personally helps them.

Addictions difficult to squash,
Like caffeine after lunch to wash.

That meal with sugar too much,
Knowledge and reality out of touch.

As if some other force compelling,
And widespread problems telling.

But easier in bhakti to suspend,
Since Krishna helping hand to lend.