Home › the two › Two Ways Of Dealing With The Diseased Condition

Two Ways Of Dealing With The Diseased Condition

“The child cries to have the moon from the mother, and the mother gives the child a mirror to satisfy the crying and disturbing child with the reflection of the moon. Similarly, the crying child of the Lord is given over to the reflection, the material world, to lord it over as karmi and to give this up in frustration to become one with the Lord. Both these stages are dreaming illusions only. There is no necessity of tracing out the history of when the living entity desired this. But the fact is that as soon as he desired it, he was put under the control of atma-maya by the direction of the Lord.” (Shrila Prabhupada, Shrimad Bhagavatam, 2.9.1 Purport)

His Divine Grace A.C. Bhaktivedanta Swami Prabhupada uses the comparison to the diseased person as a way to guide the behavior and focus moving forward. After all, that is the only direction where I can make an impact. The past is the past. What is done is done. I cannot move in the reverse, no matter how much I try or pray.

The condition is being conditioned itself. The jiva soul stuck in this seemingly endless cycle of birth and death. We know that there was a previous birth based on the truth that the soul will live on after this lifetime completes.

In the common vernacular this is known as reincarnation. It can also be described as “transmigration of the soul” or “the changing of the bodies.” In this sense, there are many mini instances of reincarnation taking place at every moment. The most obvious evidence is the experience from the womb, which we most certainly lived through but have completely forgotten. There is no recollection of that time.

When dealing with the diseased condition of the body, there are generally two paths to take.

1. Deciphering when the disease began

We see this take place with the world pandemic. Someone is feeling the symptoms of a particular disease known to be rapidly spreading across the globe. The questions are obvious:

“When did this happen? To whom was I exposed? That person at the office was out for an entire week. This is not like them. They usually never take sick or vacation days. When they returned, they could barely speak. Obviously, they were hit hard.

“The experts say that you need to touch an infected surface and then carry the virus to your nose. But I am pretty sure I did not do that. I did not shake hands with anyone in the office. Of course, the experts aren’t really that knowledgeable. They say it is possible that the virus spreads through air. In that case, we are all doomed, as there is no way to control the type of air we breathe.”

2. Trying to get out of the diseased condition 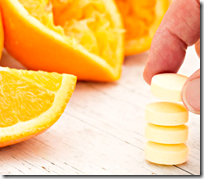 Fever. Chills. Body aches. Coughing. The objective is to escape the condition. Fix everything so that it is back to normal. Maintain regular habits. Keep a proper diet. Get plenty of rest. Do not tax the brain. Try some supplements that will strengthen the immune system. There is plenty of time for a post-mortem later on.

Of the two options Shrila Prabhupada recommends the latter. Fix the condition. Don’t harass the brain as to when the cycle of reincarnation began. We will never know, in fact, since infinity is beyond the comprehension of the human being.

We can remedy the issue today by changing consciousness. Move towards the Divine. Leave the temporary behind. The separation is compulsory, eventually. No one remains here forever. The consciousness carries forward, like the aromas travelling through air.

There is the warning that those who do not learn from history are doomed to repeat it. If we do not understand what caused the conditioned life, how can we ensure that it does not take place again in the future?

The living entity has free will, so there is always vulnerability, but the basic understanding of the turn away from Divine life is sufficient. There is no need to trace out the exact moment in time when this took place. 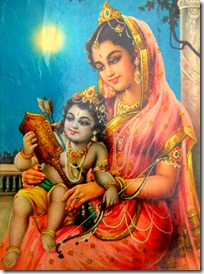 We have evidence from personal experience to support the truth. We are miserable and sad, full of despair and hopelessness, whenever we buy into the illusion sold to us by maya. As soon as we dissipate the illusion, the hope returns, where we long to always see the smiling lotus-like face of the Supreme Personality of Godhead, whose all-attractiveness protects us from falling down in the future.

The one of smiling lotus face,

In position time not to erase.

Whereas in this cycle spinning,

After many births this form winning.

So that finally opportunity high,

For in spiritual life to try.