“O best among the Bharatas [Arjuna], four kinds of pious men render devotional service unto Me—the distressed, the desirer of wealth, the inquisitive, and he who is searching for knowledge of the Absolute.” (Lord Krishna, Bhagavad-gita, 7.16)

It’s starting to bother your friend. They like the idea of Krishna consciousness, which is one of the translations provided by His Divine Grace A.C. Bhaktivedanta Swami Prabhupada for the Sanskrit term “bhakti-yoga.” It’s a new way of life, focusing on the spiritual and abandoning interest in the material. Things seem to be working out okay, and especially enjoyable is the chanting of the holy names: Hare Krishna Hare Krishna, Krishna Krishna, Hare Hare, Hare Rama Hare Rama, Rama Rama, Hare Hare.

The friend has one issue, though. To them it seems like everyone they meet at sadhu-sanga, gatherings of spiritually minded individuals, has a similar trait. They previously were heavy into alcohol and drug use. They went straight to the bottom, and now God has rescued them.

Your friend wonders why other people aren’t as interested. Also, is not the subsequent practice a little tainted? These people were after something. They needed rescue. Now they are practicing bhakti, which is supposed to be love and devotion. How can there be love when something is desired of the other person, who in this case is God?

Shri Krishna, the Supreme Personality of Godhead, explains in the Bhagavad-gita that four kinds of people make the initial approach to Him. One of the categories is the distressed, into which the rehabilitated drug addicts fall.

Krishna does not apply favoritism or fatalistic judgment to those approaching Him, and the same applies to the teachers of that ancient science. Some of the questions they don’t ask of newcomers are just as insightful as what is inquired about.

It’s a sadhu-sanga gathering, and the person leading has been practicing bhakti-yoga for years. They learned from their own spiritual teacher, the guru, and now they are keeping the succession going. They hope to inspire others to follow the same line of work, which is a fulltime occupation for sure. 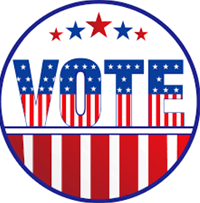 At this meeting the guru doesn’t inquire about the voting preferences of the audience. There was recently a contentious election in the country, and emotions are still high on both sides. Yet the omission is not simply to maintain peace. The spiritual master seriously doesn’t care what votes were given or held back in the past, current, or future elections.

Mlechcha and yavana. These two words are used to describe those who have gone astray from the principles of dharma, righteousness, passed on since time immemorial. The most obvious signs of the fall are meat eating and consumption of alcohol.

The idea is that the two practices work best at perverting the consciousness. The meat eater does not see that there is innocent life taken, and without purpose. There is plenty of other food available to eat which does not require such violence. For sure there is the law that one living entity lives off another, jivo jivasya jivanam, but the human being has the ability to apply discrimination. If eating a cow were the same as eating a vegetable, then any person could eat children, dogs, or cats under the same justification.

Intoxication attacks sobriety, and to understand the spiritual science requires constant attention to detail. How can we see that we are not the body if we can’t even get it together to operate a motor vehicle? The highs from intoxication will be left in the dust once the bliss of devotion is tasted.

The guru does not take a survey in these areas. If a person voted a specific way, the guru will not kick them out of the meeting. If there was drug addiction in the past, that is not an immediate disqualification. Maybe for succeeding in other paths, like knowledge, meditation or mysticism, but not with bhakti.

Every person is eligible, as the focus is on where the person is going, not from where they have come. If the friend complaining about the demographics of the people in attendance were to put out such a survey at their own gathering, not only would the numbers diminish but people would question the authenticity, as well. If you are a sincere seeker of the truth, how can you discriminate based on material characteristics?

“O son of Pritha, those who take shelter in Me, though they be of lower birth-women, vaishyas [merchants], as well as shudras [workers]—can approach the supreme destination.” (Lord Krishna, Bhagavad-gita, 9.32)

Shri Krishna says that those who are in body types typically considered sinful, papa yoni, are eligible for reaching the supreme destination. That is to say every person has the chance to go back home, back to Godhead, in this very lifetime. All saints have a past and all sinners a future, and with bhakti-yoga the future is as bright as it can be.

So many from drug addiction to fall,

Why not others also to come,

So that variety in attendance some?

Guru such questions to ask never,

Like drugs or eating meat in the past ever.

Since focus on where now forward to go,

How more and more Shri Krishna to know.